There are many craters across the surface of the moon, and while all have been caused by impacts of some kind, the craters themselves vary in shape and complexity.

NASA has explained that on the surface of the moon, some complex craters feature ring structures as well as mountains closer to the center. An example of a mixture of simple craters and complex craters is "Bell E", which is a small crater located within the larger Bell crater, as seen above. These special types of craters are called concentric craters and are often referred to as "donut" craters for obvious reasons.

Researchers have multiple theories for how these concentric craters have formed, but lunar geologists believe that the theory that has the most validity is "Magmatic Intrusion", which is when magma from beneath the lunar surface is pushed up through the floor of the crater. Researchers believe that the moon was volcanically active at the same time the donut craters formed and that most of the identified donut craters are located in regions that had high amounts of volcanic activity. 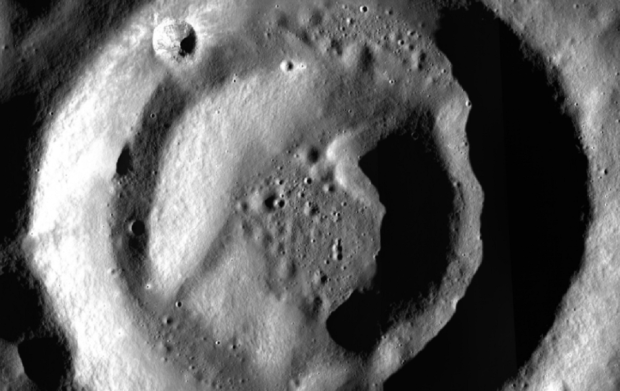