A new study on the moon titled "Downward Oxidant Transport Through Europa's Ice Shell by Density-Driven Brine Percolation" has been published in the journal Geophysical Research Letters. 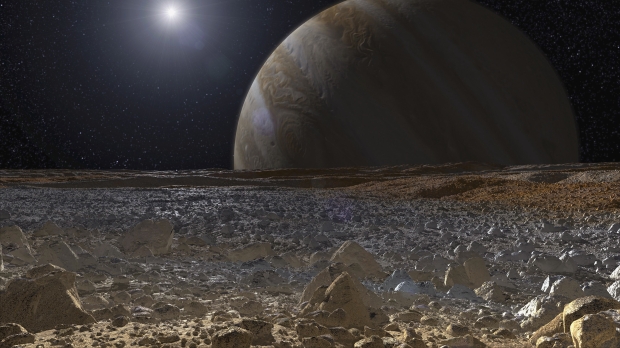 Europa is one of Jupiter's many moons and has a frozen surface with an ocean hidden just beneath. A new study indicates this ocean may be warm, salt-filled, and capable of fostering life. The research indicates the potential for oxygen to be pulled down into the subsurface ocean from the surface, where organisms could use it to sustain life.

Europa already has more than enough water for one of the essential ingredients to fuel life as we know it, having more water on it than Earth has in all of its oceans. Various chemical nutrients are also available, and tidal flexing from Jupiter provides the energy necessary to heat the moon's interior and prevent the subsurface ocean from freezing. 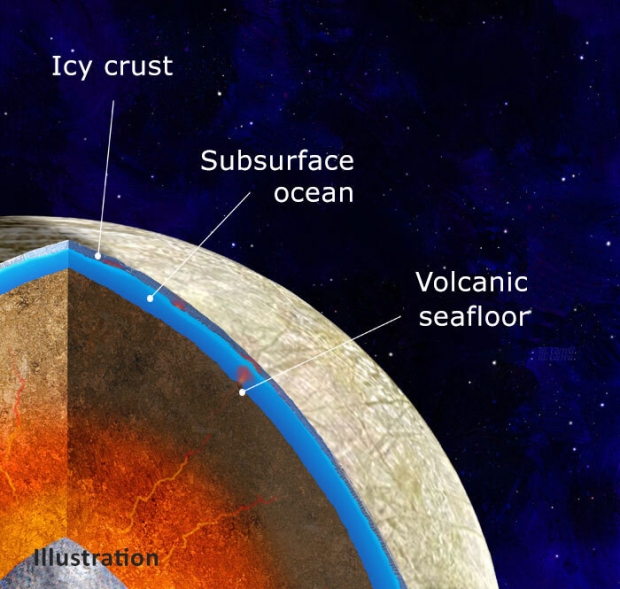 Previous studies of Europa showed that vast water bodies might exist as shallow as three kilometers below so-called chaos terrain on the surface. The water bodies are not directly connected to the subsurface ocean, but can matter can drain from one into the other. The latest study estimates that approximately 86% of the oxygen taken from the surface can make it into Europa's ocean.

"We know that Europa has useful compounds like oxygen on its surface, but do those make it down into the ocean below, where life can use them? In the work by Hesse and his collaborators, the answer seems to be yes," said Kevin Hand from NASA's Jet Propulsion Laboratory (JPL).