Luminous Productions is leveraging both Microsoft's and AMD"s next-gen APIs and tools for its new game Forspoken, creating an experience that fully leverages the might of enthusiast PC hardware. 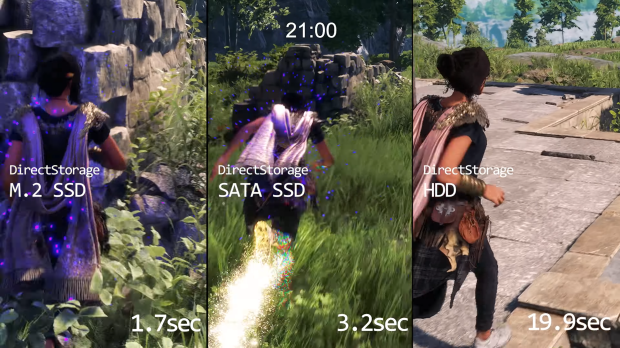 Luminous Productions just put out an extremely technical GDC 2022 presentation that breaks down Forspoken's new advanced technologies. The devs give a closer look at DirectStorage and how it enables ultra-fast loading on Forspoken on PC.

Forspoken is one of the first games to utilize Microsoft's powerful DirectStorage tech, a new DirectX 12 API that promises to supercharge loading speeds. As the saying goes, the proof is in the pudding. Forspoken loads in just 1 second on PC using DirectStorage in tandem with a high-speed M.2 NVMe SSD. 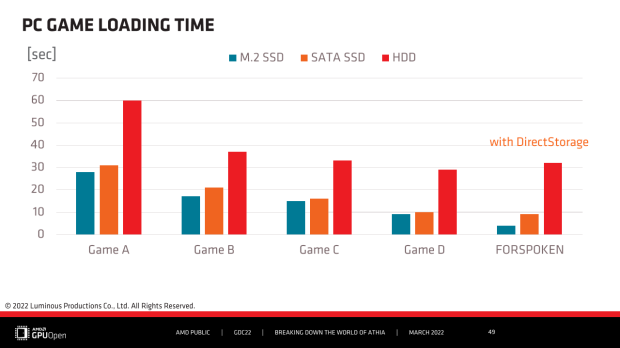 "Forspoken, on the other hand, has achieved loading that fully leverages hardware performance by implementing DirectStorage and optimizing with an emphasis on M.2 SSDs," Luminous Productions said in a GDC panel. 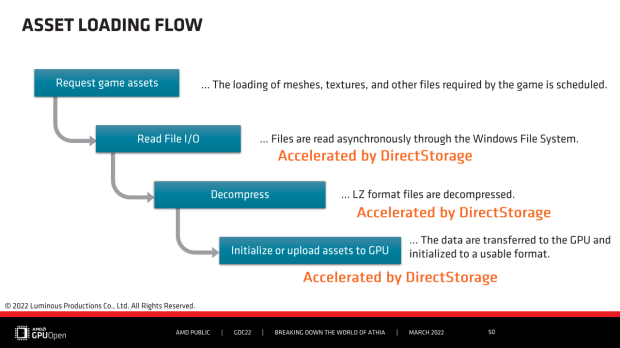 "In our game, the data is stored in a compressed format. As such, when the data is loaded, it is passed into memory following a decompression processing. For GPU data, the GPU decompression API will be supported on DirectStorage. GPU decompression will allow GPU data to be loaded and stored directly into GPU memory without going through any CPU processing resulting in greater performance improvement." 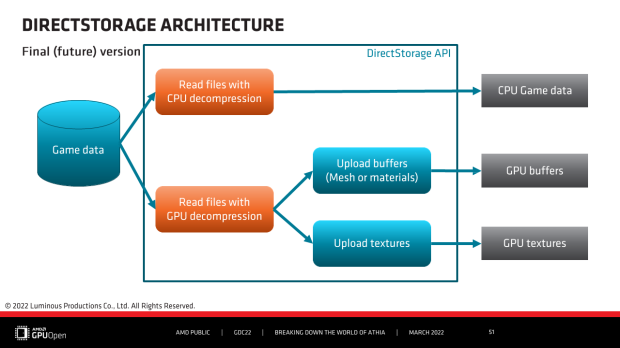 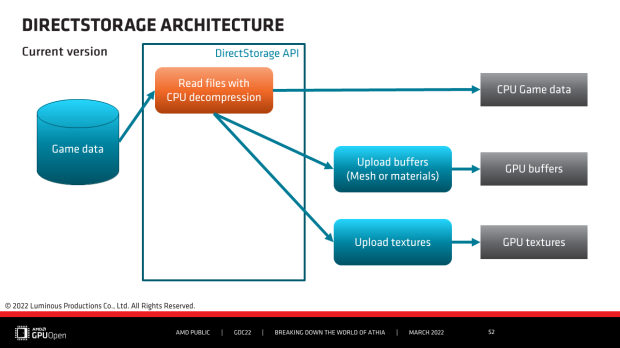 "Because the current version of DirectStorage does not support GPU decompression, GPU data is decompressed on the CPU. This implementation, however, still outperforms existing Win32 APIs." 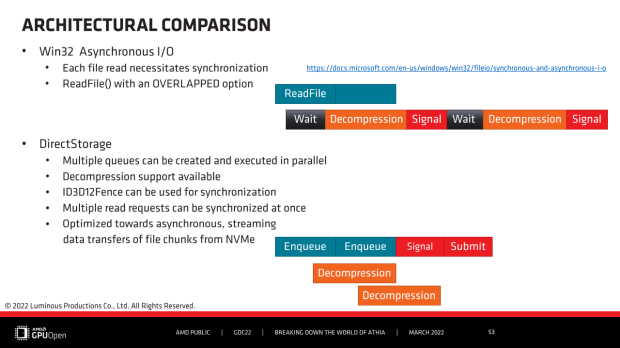 The Luminous technician goes on to explain that DirectStorage allows the game to be decompressed and loaded simultaneously in parallel with one another. That's an extremely big benefit that will help supercharge IO. 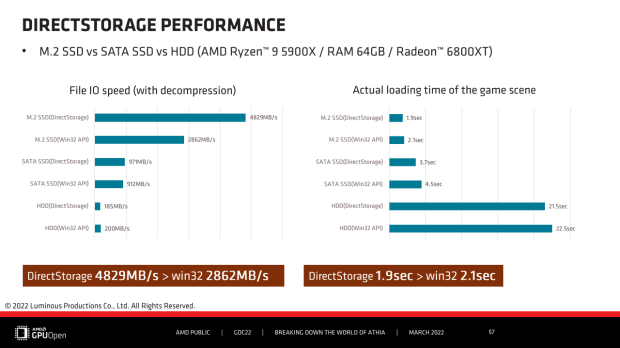 "The difference in the actual loading times, however, is not as pronounced as the difference in IO performance. This indicates that file IO speed has improved to the point where it no longer a loading bottleneck. 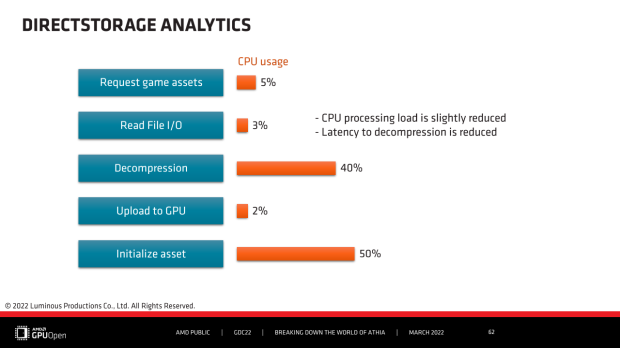 "Thanks to the implementation of M.2 SSDs and DirectStorage, write IO is no longer a bottleneck for loading times. Apart from write IO, the bottlenecks are prone to be the compression and asset initialization, both of which must be optimized more than ever in order to speed up loading."