An astronomer has spotted an asteroid close to the size of a refrigerator only hours before it entered Earth's atmosphere. 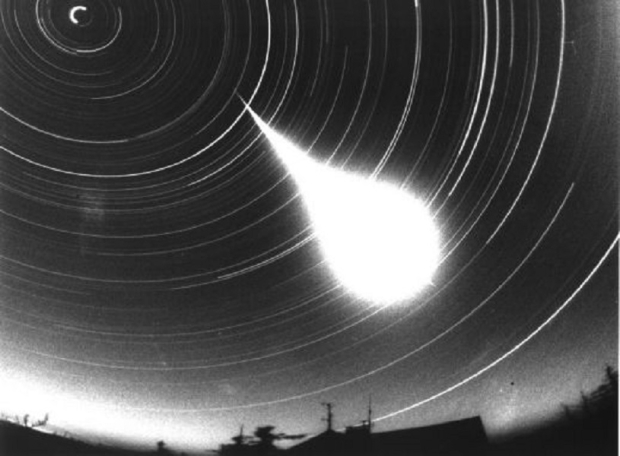 Above is an image taken by an astronomer who spotted an asteroid just two hours before impact it entered Earth's atmosphere in January 21, 1999.

The asteroid has been dubbed 2022 EB5 and was discovered by Hungarian astronomer Krisztian Sarneczky located at the Piszkesteto Mountain Station that's joined onto the Konkoly Observatory located close to Budapest, Hungry's capital. According to reports, the asteroid is estimated to be around 10 feet in diameter and entered Earth's atmosphere at 21:22 UTC on March 11 over north Iceland.

When the asteroid entered Earth's atmosphere, it would have been moving at about 11 miles per second and would have been subjected to the intense friction resulting in heat that begins to disintegrate the space rock. Observers that witnessed the entrance would have seen a bright fireball in the sky or a boom if the space rock exploded. EarthSky reports that it's not confirmed if the asteroid reached the surface of Earth or if it vaporized as it traveled through Earth's atmosphere.

Judging on its small diameter and NASA's guidelines for what it considers to be a "potentially hazardous object", which is any space rock 500 feet or lager in diameter and within 4 million miles of Earth, it's likely that 2022 EB5 didn't cause an impact crater.