Apple just announced its new M1 Ultra SoC, which combines two of their M1 Max SoCs together for quite the mobile beast... so much so that the CPU and GPU are significantly faster than their desktop counterparts. 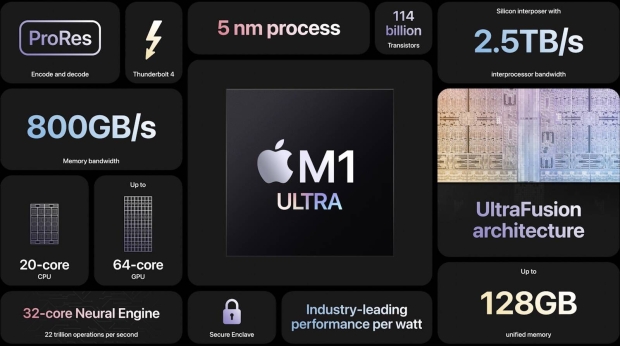 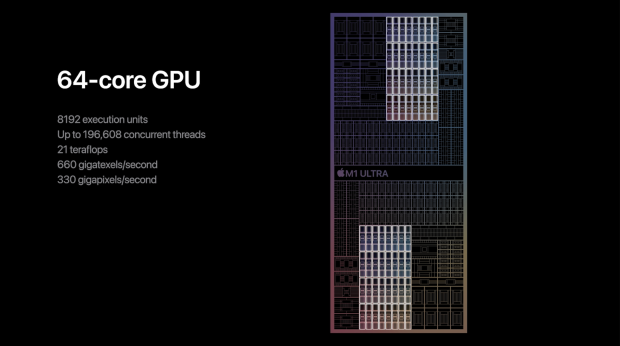 You can do freaking 18 stream of 8K ProRes 422 video, which Apple says "no other computer in the world is able to do".

Apple's new M1 Ultra SoC has 90% higher performance than the fastest 16-core PC CPU with the same power envelope, and offers the peak performance of that same PC CPU for just 100W on the M1 Ultra. Apple says that the performance of its M1 Ultra is similar to "one of the most popular discrete GPUs". 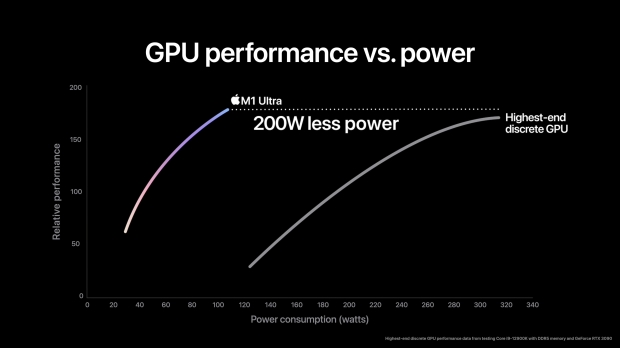