Microsoft has only sold 2.3 million Xbox consoles in Japan over the last 20 years, data from Weekly Famitsu indicates. 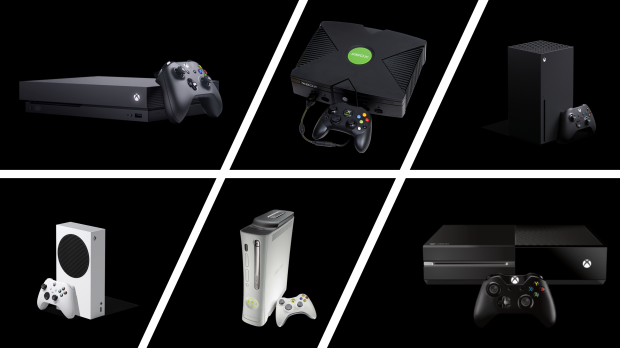 Xbox isn't popular in Japan. The platform and its associated services pales in comparison to the mighty PlayStation and Nintendo Switch, which are leagues more popular in the region. While official console sales data is scarce (Microsoft doesn't report specifics any more), new estimations from Japanese gaming magazine Weekly Famitsu paints a rather desolate picture for Xbox in the Land of the Rising Sun. 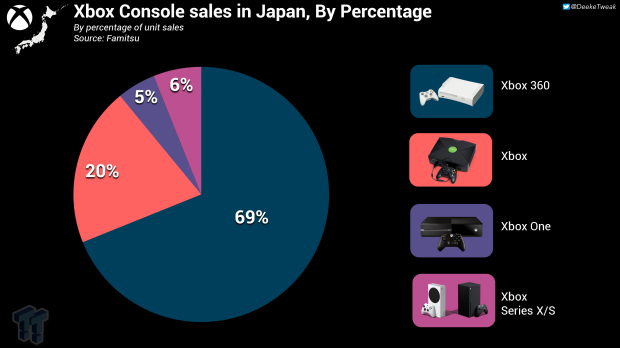 Across a two-decade span, only one Xbox console has sold over 1 million units. The Xbox 360 sold over 1.6 million units in Japan through its lifetime. The original Xbox from 2001 is next in line with 472,000 units, and the Xbox One has moved little over 114,000 units. The Xbox Series X/S duo is already beating Xbox One's total lifetime sales with a whopping 142,000 units to date, which is 6% of the market's total 20-year console sales. 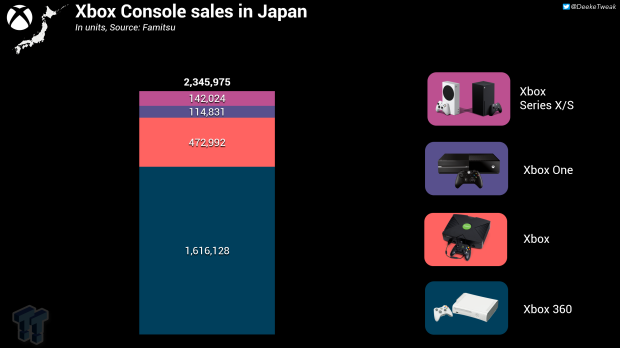 That being said, Japan is a nation that is highly interested in online-driven games. SEGA, for example, makes more money from mobile games in Japan than it does any other region. Other companies like Capcom and Nintendo, however, make far more revenues from overseas regions than they do domestically.