If you're living in Russia right now, I can't imagine how it must feel being cancel cultured out of civilized society so quickly... but now rumors are flying that Russia is going to "disconnect from the global internet".

Belarus-based media outlet Nexta tweeted: "#Russia began active preparations for disconnection from the global Internet. No later than March 11, all servers and domains must be transferred to the #Russian zone. In addition, detailed data on the network infrastructure of the sites is being collected".

Now, I don't want to sit here and write doomsday clickbait BS when it comes to a topic like this... but Russia has been toying with disconnecting from the "global internet" for a while now. Back in July 2021, Russia "managed to disconnect itself from the global internet during tests in June and July", not even a year ago, reported Reuters at the time.

Reuters continued: "Russia adopted legislation, known as the "sovereign internet" law, in late 2019 that seeks to shield the country from being cut off from foreign infrastructure, in answer to what Russia called the "aggressive nature" of the United States' national cyber security strategy. The legislation caused consternation among free speech activists, who feared the move would strengthen government oversight of cyberspace".

Earlier in 2019, the country kicked off its biggest tests in pulling out of the "global internet". A proposed "sovereign internet" law was working its way through Russia's government -- and then signed into law in May 2019 -- with the "proclaimed goal is to protect the Russian segment of the Internet from threats to its security, integrity, and sustainability. In reality, the law further expands the state's control over internet infrastructure".

But the thing is... is this any different to China? They've got their Great Firewall, and Chinese internet users have their own alternate reality of the internet -- something that is nothing like the internet you and I use here, not at all -- and now Russia would be doing the same thing.

China got in way earlier and was able to get all of the DNS and companies to do what they needed to have their own internet, which is tightly controlled. You can't do much in China without the government knowing, and we all know Russia is there already -- but the thing is, most people know and don't seem to care that the US and every other government also does it -- they just have a bigger smile on their face and more propaganda on TVs and social media than Russia and China combined.

We'll see how Russia pulls out of the "global internet" but with companies tripping over themselves to destroy the lives of millions of innocent Russian citizens, in the way that they're pulling their products and services -- right up to Visa and Mastercard -- the damage is done. Russia might as well do it now, or millions of computers, smartphones, TVs, consoles, and everything in between will be useless -- they all require, or utilize services on the internet. 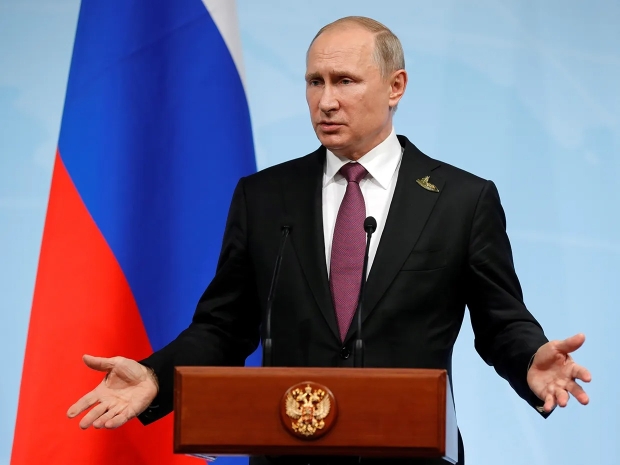