The ominously named "doomsday plane" is a modified Boeing 747 called the Boeing E-4B. 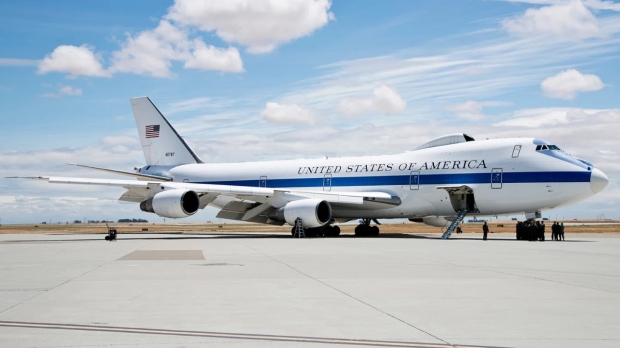 Following Russian President Vladimir Putin's recent announcement of Russia's nuclear armament being put on high alert, the plane has taken to the skies for a training mission on February 28th. It took off from a U.S. Air Force base in Nebraska on a 4.5 hour flight to Chicago and back. The plane was also reportedly accompanied by several early-warning jets that are used to track ballistic missiles.

The E-4B plane is part of the United States Air Force, particularly a fleet of Nightwatch aircraft maintained by the U.S. military since the 1970s. It is resistant to nuclear weapons and is designed to serve as a mobile command headquarters for top-ranking military personnel in the event of nuclear war. The plane is equipped with analog equipment instead of digital, allowing it to operate in the event of an electromagnetic pulse (EMP) from a nuclear blast.

E-4B is almost completely windowless and specially shielded throughout to protect those flying aboard from the thermal effects of nuclear war. A small bump sitting atop the plane known as a "radome" houses over 65 satellite dishes and antennae so that it can communicate ships, submarines, aircraft, and landline phones anywhere in the world. Naturally, many of its other features remain classified.