Valve has no plans to raise the base price of the Steam Deck, Gabe Newell confirms. 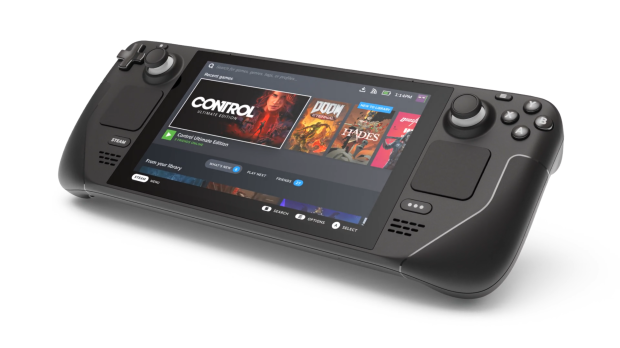 Like the PS5 and Xbox Series X/S, the Steam Deck is selling gangbusters. Demand is soaring for the innovative PC-handheld hybrid but Valve doesn't want to take advantage of the market with a price hike.

In a recent interview with IGN (transcribed by TweakTown), Valve boss Gabe Newell says the Steam Deck's current $399 entry price was "painful" given the overwhelming chip demand. It's expensive to create a supply chain, negotiate pricing, and manufacture and ship a device to millions of consumers. Despite this costly process, Valve won't raise the Steam Deck's price.

"We don't expect [price to increase]," Newell told IGN. "Part of what you do with pricing is that you're kind of making a promise to customers. I don't really see us changing [the price].

"The same thing that went into our pricing structure hasn't really been impacted."

Cost isn't a deterrent, though. Newell says the majority of gamers actually bought the $649 Steam Deck over the cheaper $399 model. This is surprising considering storage is the only difference between the models--the built-in chips and performance targets are 100% the same.

"Probably the biggest thing on the pricing side is that far more people are buying the most expensive SKU than we expected. What that tells us is that we should continue to look at higher-end offerings as well. But we wouldn't expect to be adjusting the SKU pricing.

"Of course in the future our expectation is that we'll continue to drive--the volumes on this are going to be high enough that we'll have opportunities to either add more value or reduce pricing.

"Given the actual behavior of the people ordering the device, what they're saying is 'can you put more stuff in, can you give us more storage, more performance, because we want that right now out of this device.' That might change as we move to early adopters to wider markets, but the signal right now is 'can you give me more, can you make it cheaper' is the biggest thing.

"This is genuinely a surprise. I wouldn't have guessed that our most expensive SKU is going to significantly outsell our cheapest SKU because that's not what we're planning for. That's why we like to get data from real customers that tell us where we're wrong."

Valve is currently shipping out Steam Deck units in waves and supply is currently restricted only to those who pre-ordered.