Intel's flagship Arc Alchemist GPU has been benchmarked once again, with its GPU boost clocks hitting 2.4GHz in a new Geekbench OpenCL test.

The new Intel Arc Alchemist desktop GPU was tested with a 2.4GHz boost clock, alongside an Intel Core i9-9600K processor (with 6 cores, and 6 threads). As for the GPU, it's rocking the DG2-512 GPU so we're looking at 512 Compute Units -- the flagship Arc Alchemist GPU. 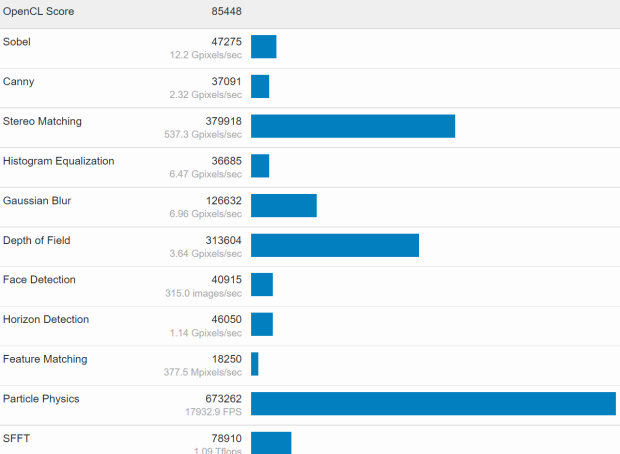 But remember, this is an engineering sample and things will only get better from here... also remember, it's an early board and only a Geekbench result, this isn't Crysis (hell, imagine the new Crysis 4 on Arc Alchemist, oh boy).