Call of Duty and other Activision franchises will not be Xbox exclusive, Microsoft today announced. 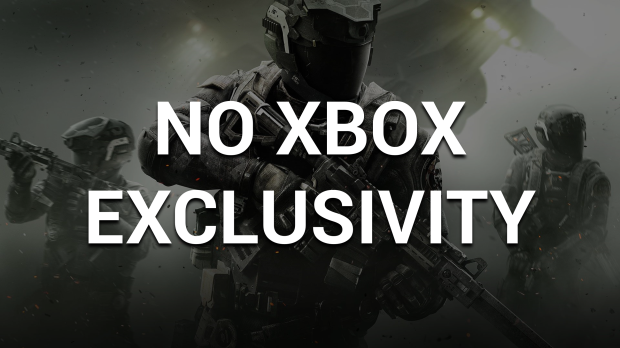 Microsoft just dropped a megaton bomb on exclusivity and re-affirmed our predictions: Call of Duty and other major Activision games will still release on PlayStation consoles after the Activision-Blizzard buyout closes.

"Microsoft will continue to make Call of Duty and other popular Activision Blizzard titles available on PlayStation through the term of any existing agreement with Activision. And we have committed to Sony that we will also make them available on PlayStation beyond the existing agreement and into the future so that Sony fans can continue to enjoy the games they love."

The company's announcement is quite timely. The FTC is scrutinizing Microsoft's $68.7 billion buyout of Activision-Blizzard for any signs of anti-trust or anti-competitive violations. Regulators are starting to put more pressure on these billion-dollar sector deals and recent reports say PlayStation could lose hundreds of millions if Call of Duty is kept off of its platforms.

Microsoft's release makes it very clear that it doesn't want to harm competitors. Not only will future Activision-Blizzard games come to PlayStation, they will also release on Nintendo hardware too.

"We are also interested in taking similar steps to support Nintendo's successful platform. We believe this is the right thing for the industry, for gamers and for our business."

The reality is Microsoft doesn't need to make Call of Duty exclusive.

Xbox Game Pass is already the most value-oriented games subscription on the market and as both a platform- and IP-holder, Microsoft stands to make a lot of money from Call of Duty sales on PlayStation platforms.

Microsoft used to take a 30% cut for Call of Duty, which amounted to billions every year (in 2020, Activision-Blizzard earned $3 billion from Call of Duty even after the split).

Now Microsoft will take a 70% cut and leave Sony with its original 30% cut, which also provides the PlayStation platform with billions of revenue a year (PlayStation earned $2.1 billion from add-on microtransactions in Q3'21, for example).

This is a healthy move for the video games industry and emphasizes the market has long moved past exclusivity and walled gardens. The nature of live services that utilize powerful mechanisms like cross-play, cross-platform releases, and overall online engagement have fostered a new landscape where games are widely available and widely monetized.