A new study published in the journal Cell Reports describes the process.

Most living cells require vitamin B12 to function, including the bacterial cells found in your gut microbiome. Researchers from the University of California Riverside (UCR) have found that beneficial gut microbes can share the ability to acquire vitamin B12 with one another through bacterial sex, or bacterial conjugation.

"The process involves one cell forming a tube that DNA can pass through to another cell. It's as if two humans had sex, and now they both have red hair. We're excited about this study because it shows that this process isn't only for antibiotic resistance. The horizontal gene exchange among microbes is likely used for anything that increases their ability to survive, including sharing vitamin B12," said study lead Patrick Degnan, a microbiologist at UCR.

Bacteroides were the beneficial gut bacteria used in this study, which reside in our large intestines. They break down complex carbohydrates and form a barrier that restricts access to other pathogens to our gut. Individual Bacteroides that do not have the genes to acquire and transport B12 were able to receive that gene from those that did via a sex pilus.

"In a given organism, we can see bands of DNA that are like fingerprints. The recipients of the B12 transporters had an extra band showing the new DNA they got from a donor," Degnan said.

"There's no one way to have a healthy microbiome, but generally, having a diverse community of anaerobic bacteria is a healthy thing and can have beneficial effects," continued Degnan. 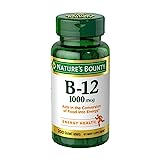