NVIDIA's next-gen Hopper GPU architecture has been teased once again, with the flagship GH100 GPU reportedly going to be an absolute silicon monster that measures in at up to a huge 1000mm² die.

The news is coming from leaker "kopite7kimi" on Twitter, where kopite7kimi tweeted: "GH100 has a huge single die of slightly less than 1000mm²;" with a follow-up tweet adding "DO NOT overreact. We know the actual die size will be significantly smaller than the package size. But GH100>GA100 is confirmed".

Up until now, it was thought that NVIDIA's new GH100 Hopper GPU would be a multi-chip module (MCM) design, like AMD's upcoming RDNA 3-powered Radeon RX 7000 series GPUs -- but no, it seems Hopper GH100 will be a monster single-die design -- while GH102 will reportedly be an MCM design.

NVIDIA's new flagship GH100 GPU will also be a monster in the power consumption department, with up to 1000W of power consumption not out of the question. This would make it the most power-hungry monolithic GPU on the planet, so the performance would have to match it. 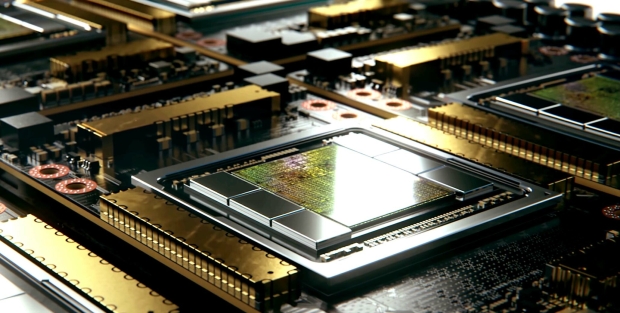