NVIDIA has just announced its GPU Technology Conference 2022 with the event returning to an in-person affair, where NVIDIA founder and CEO Jensen Huang should unveil the company's next-gen GPU architecture. 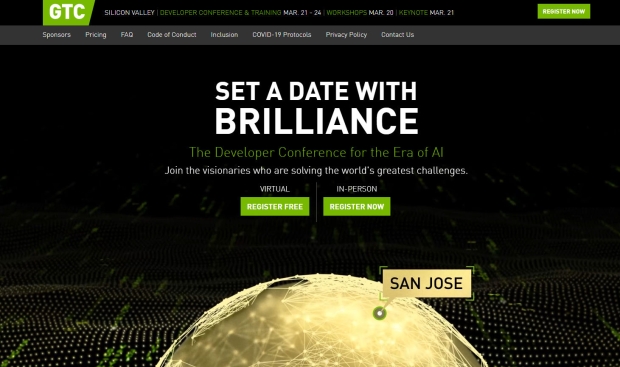 We should expect NVIDIA to announce its next-gen Hopper GPU architecture, the company's first foray into MCM (multi-chip module) GPU designs. Hopper will be built for server HPC and AI markets and not for your gaming PC, which should be the Ada Lovelace GPU architecture and arrive with the GeForce RTX 40 series later this year.

NVIDIA explains: "NVIDIA GTC will be a hybrid event taking place March 21 - 24, 2022. The conference will kick off with Deep Learning Institute (DLI) workshops starting on Sunday, March 20 and a keynote by NVIDIA CEO and Founder Jensen Huang on Monday, March 21 at 9:00 a.m. The rest of the conference will feature a variety of talks, DLI training, panels, and Connect with the Experts sessions. The conference will take place in-person in San Jose, California, as well as online".