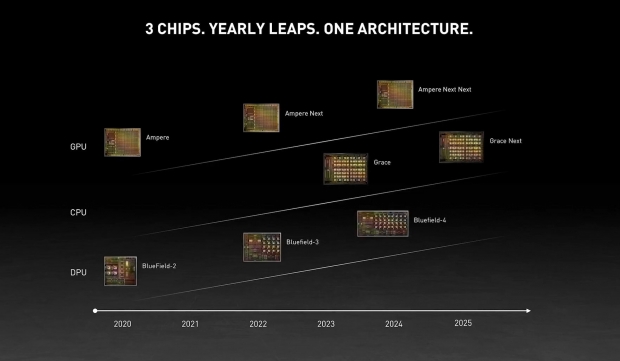 During the GTC 2021 keynote NVIDIA founder and CEO Jensen Huang explained that the company will focus on x86 architecture one year, while the next year they'll focus on ARM -- with NVIDIA having a "2-year rhythm with a kicker in-between".