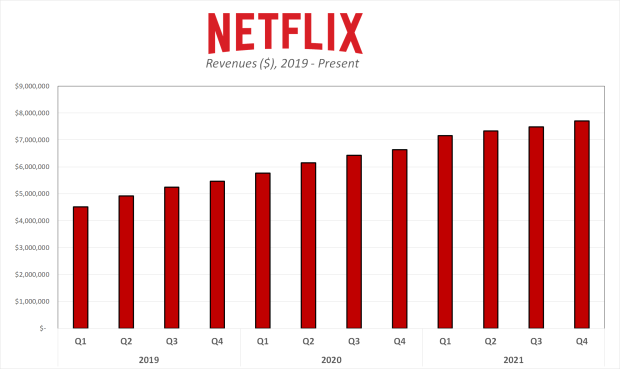 Netflix's subscriber numbers have missed the company's internal estimates by 220,000. The service now has 221.84 million worldwide subscribers, however executives expected total subscribers to hit 222.06 million. Total revenues for 2021 were $29.697 billion, up nearly 19% over last year's $24.996 billion. 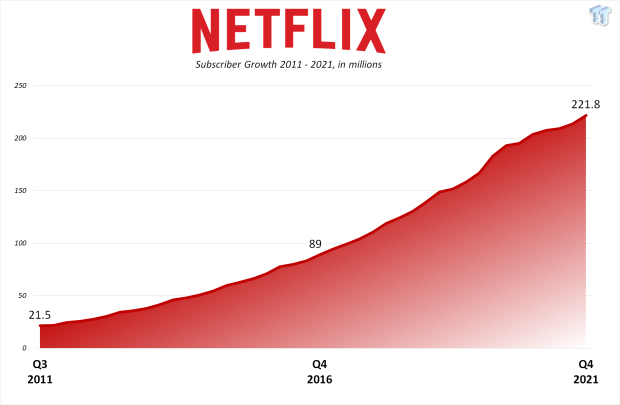 Net income during the period was $5.116 billion, up a mighty 85% over 2020. However operating profit was down -83% to $392 million due to rising costs of asset contents and operating assets. Cash from financing was also at a $1 billion loss due to a $500 million repayment of debt, a $600 million payment for share repurchases, and $224 million withheld for taxes on equity awards.

Company stock has slid nearly 21% following the financial report, which also was influenced by the miss on paid subscription adds. 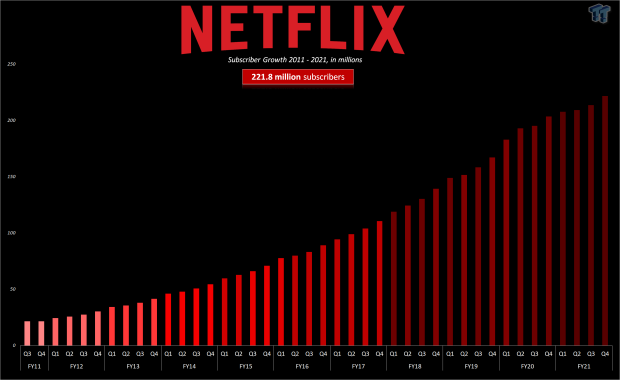