NASA's James Webb Space Telescope is the most powerful observatory ever built and was recently launched on December 25, 2021. 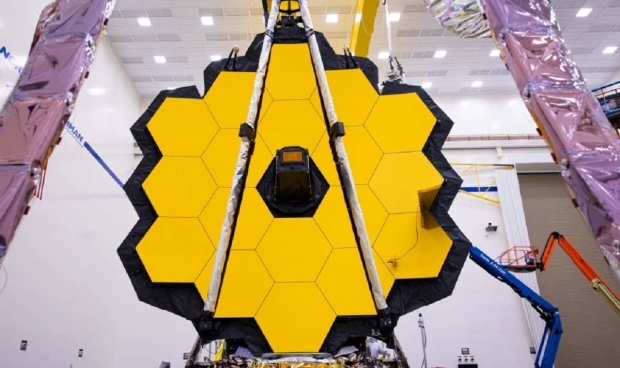 The James Webb Space Telescope (JWST) is slated to be the successor to the famous Hubble Space Telescope. The Hubble Space Telescope currently orbits the Earth, but the JWST has a much further destination planned out. NASA and accompanying space agencies have sent the JWST to a special place in the solar system known as the second Lagrange point (L2). This point in space is 930,000 miles away from Earth in the opposite direction of the Sun and has been selected due to balanced gravity in the area.

Gravity from the Sun and Earth is balanced in the five Lagrange points, which means the observatory will stay in a fixed position while using a very small amount of energy. Once Webb reaches this location, it will be locked into orbit with Earth. NASA recently stated that Webb has completed just over 91% of its journey to L2 and is currently 23 days into a 29-day trip. NASA expects the observatory to arrive at L2 on January 23.

"Since it is no longer thrusting (accelerating) away from the sun, the gravitational tug felt by Webb is the largest force affecting its velocity. We have given Webb just enough initial velocity that it will reach L2 but not shoot beyond it. Once it arrives out at L2, its velocity around the sun will balance the inward pull of the sun's gravity putting us in an orbit around the sun," Eric Smith, Webb program scientist at NASA Headquarters in Washington, D.C., told Newsweek.