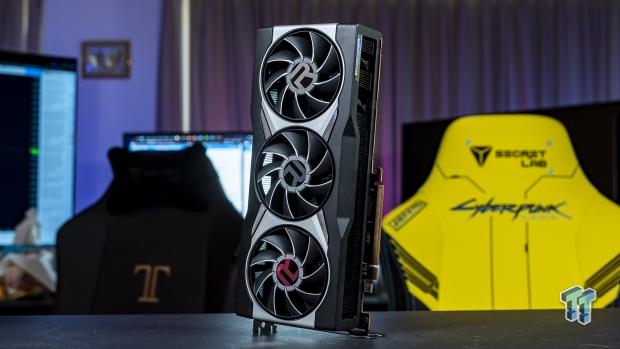 New information is coming from leaker "Wjm47196" that posts on Chiphell, where it is teased that the Radeon RX 6x50 XT model graphics cards will be powered by the Navi 21 and Navi 22 GPUs and might "replace" the existing Radeon RX 6000 series GPUs.

The new Radeon RX 6000 series GPU refresh would have a larger upgrade in the form of faster 18Gbps GDDR6 memory, which is already deployed on AMD's flagship Radeon RX 6900 XT Liquid Cooled Edition -- oh, and AMD's upcoming mid-range Radeon RX 6500 XT. Samsung recently unveiled its spiffy new 20Gbps and 24Gbps GDDR6 memory modules, where AMD could be using this faster GDDR6 and downclocking it to 18Gbps.

We could even see AMD move over from the 7nm process node at TSMC, to the newer 6nm process node -- which is compatible with all of the RDNA 2-powered GPUs including Navi 21, Navi 22, and Navi 23 GPUs (which are all made on TSMC N7 right now).

NVIDIA is launching its new GeForce RTX 3090 Ti graphics card in the coming weeks, if it gets around its production problems, which will sport 24GB of ultra-fast GDDR6X memory at 21Gbps.