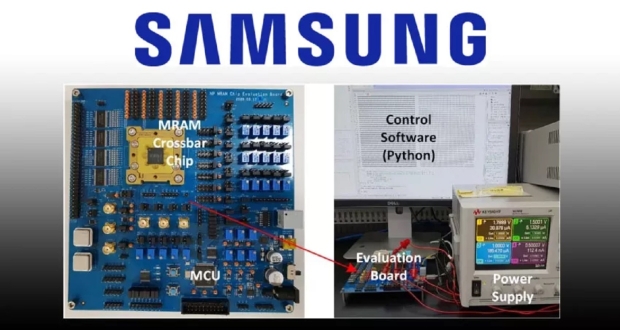 In a new paper, researchers published to Nature titled "A crossbar array of magnetoresistive memory devices for in-memory computing" they explained that the key architectural innovation by the research team at Samsung tested a 64 x 64 crossbar array based on MRAM cells that "overcomes the low-resistance issue with an architecture that uses resistance summation for analogue multiply-accumulate operations".

For this demonstration, Samsung's novel technology used a 64 x 64 array integrated with readout electronics in 28nm CMOS technology. There were researchers from both the Samsung Advanced Institute of Technology (SAIT) and Samsung Electronics Foundry Business and Semiconductor R&D Center -- using the new MRAM technology -- and checked its AI computing performance.

The new MRAM-powered device was great in AI computing, with an accuracy 98% in classification of hand-written digits, while it was 93% accurate in detecting faces from scenes. Not bad at all. 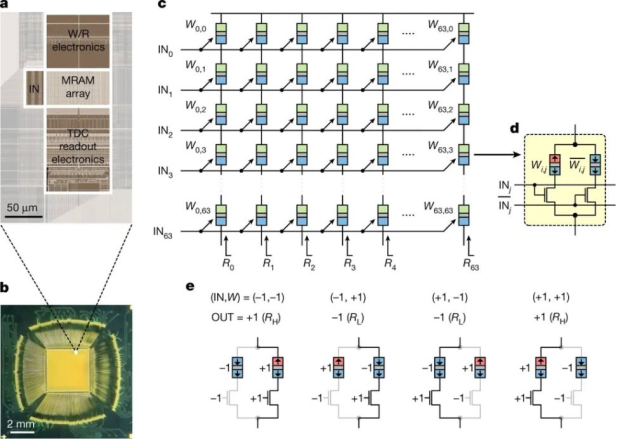 Dr. Seungchul Jung, the first author of the paper explained: "In-memory computing draws similarity to the brain in the sense that in the brain, computing also occurs within the network of biological memories, or synapses, the points where neurons touch one another. In fact, while the computing performed by our MRAM network for now has a different purpose from the computing performed by the brain, such solid state memory network may in the future be used as a platform to mimic the brain by modeling the brain's synapse connectivity".

MRAM is a good tool for In-Memory Computing, since it is non-volatile, has huge operational speed, endurance, and economy of large-scale production. Samsung scientists make note that it wouldn't have worked in the past to use MRAM technology, since it has low residence not working with its architecture -- MRAM isn't new, but it's being used in new ways -- the technology itself was born in 1998. 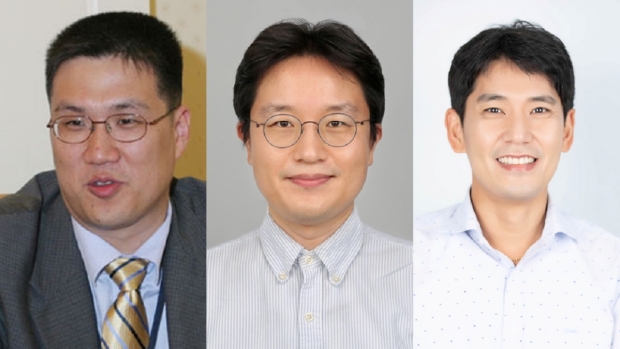 The scientists said that MRAM technology application being used for in-memory computing can also be used as a platform to download biological neuronal networks. Yeah, super-advanced stuff there boys and girls -- where Samsung researchers said: "In-memory computing draws similarity to the brain in the sense that in the brain, computing also occurs within the network of biological memories, or synapses, the points where neurons touch one another".