NASA's Imaging X-ray Polarimetry Explorer (IXPE) has begun to observe the first target of its mission. 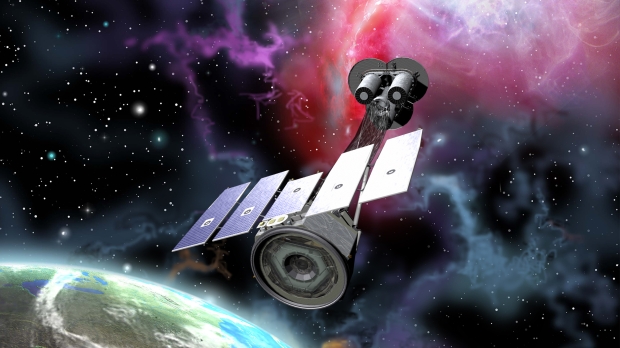 The IXPE has been in space for over a month after launching on December 9th aboard a Falcon 9 rocket. It was launched into an orbit 370 miles (600 kilometers) above Earth's equator and has since had its X-ray detectors deployed, telescopes calibrated and undergone other procedures by the IXPE team to make the observatory operational up to this point.

The first official target for the IXPE to observe is Cassiopeia A (Cas A), a supernova remnant (SNR) in the Milky Way galaxy, left behind after a once-massive star exploded, with the light of the Cas A estimated to have first reached us around 350 years ago. Starting January 11th, IXPE will observe Cas A over about three weeks, using X-ray polarization to examine its magnetic field structure.

"The start of IXPE's science observations marks a new chapter for X-ray astronomy. One thing is certain: we can expect the unexpected. Measuring X-ray polarization is not easy. You have to collect a lot of light, and the unpolarized light acts like background noise. It can take a while to detect a polarized signal," said Martin Weisskopf, the mission's principal investigator at NASA's Marshall Space Flight Center in Huntsville, Alabama.