A part from a failed Russian rocket is currently being tracked by astronomers who project that it will re-enter Earth very soon. 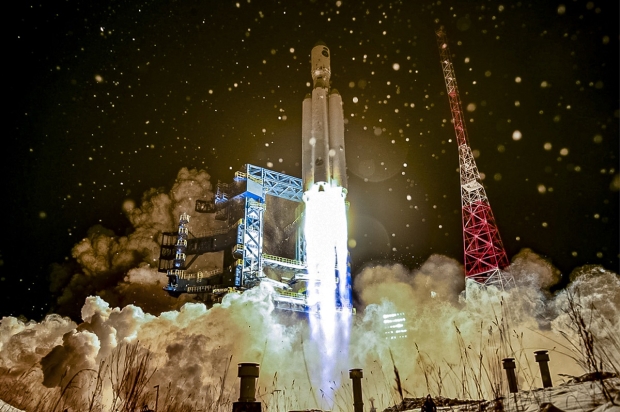 The rocket part is from the upper stage of the Russian Angara A5 rocket, which is one of the nation's heavy-lift launch vehicles that was tested on December 27, 2021. The rocket test was uncrewed, but it carried a satellite onboard and a dummy. According to NBC, not too long after the rocket was launched, there was an engine malfunction resulting in the booster being stranded in low-Earth orbit.

That part stranded in low-Earth orbit measures 23 feet long, and with the dummy and satellite still onboard, reports indicate that there are about 4 tons of material headed back down to Earth. It should be noted that the majority of the materials that re-enter Earth's atmosphere will burn up, but according to Jonathan McDowell, an astronomer at the Harvard & Smithsonian Center for Astrophysics, not all of the material will disintegrate, and some may make it to the surface.

"You might get a few hundred kilograms surviving to the surface. Most of it will melt, but some of the denser engine parts will probably survive," predicts McDowell."

While hearing that a few hundred kilograms may make it to Earth's surface is certainly unsettling, McDowell reminded the public that "Most of the world is ocean," meaning that the chances of the materials hitting land are much lower than the chances of it landing in the ocean.