Researchers from the University of New South Wales (UNSW) have published a new study that explores why only comet heads appear green and not their tails. 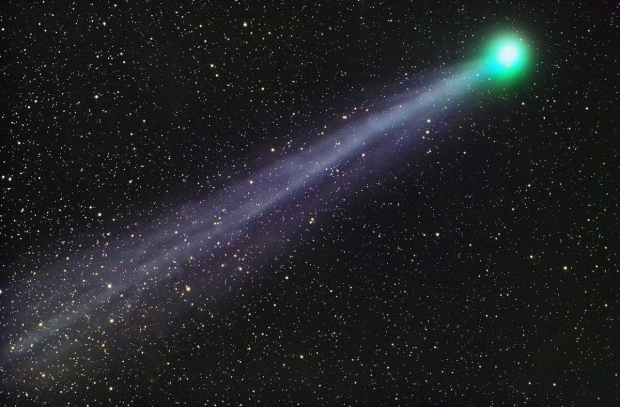 Comets are frozen masses of gas, rock, and dust leftover from the formation of a solar system. When approaching the sun, their ice sublimates from solid form directly into a gas, contributing to a bright green glow in some comets, but not all.

The researchers used a vacuum chamber and lasers to recreate the chemical reaction between ultraviolet radiation from the sun and diatomic carbon (dicarbon). The process, known as photodissociation, breaks apart the two carbon atoms and gives the comets their green appearance.

Dicarbon can only exist in extremely energetic or low-oxygen environments like stars or comets, as it is highly reactive and unstable. As a comet approaches the sun, it heats up and evaporates to form the comet's coma.

At the same time, dicarbon is formed from the breaking up of other carbon-based molecules making up the comet. However, before the dicarbon can join the tail, it photodissociates, making the comet's head glow a brighter green, but not the tail.

"We've proven the mechanism by which dicarbon is broken up by sunlight. This explains why the green coma, the fuzzy layer of gas and dust surrounding the nucleus, shrinks as a comet gets closer to the sun, and also why the tail of the comet isn't green," said Timothy Schmidt, senior author of the study and a chemistry professor at UNSW Science. 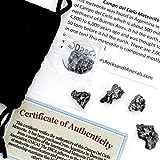