The James Webb Space Telescope (JWST) may have launched, but there's still a lot of preparation to go before it is ready to fulfill its mission. 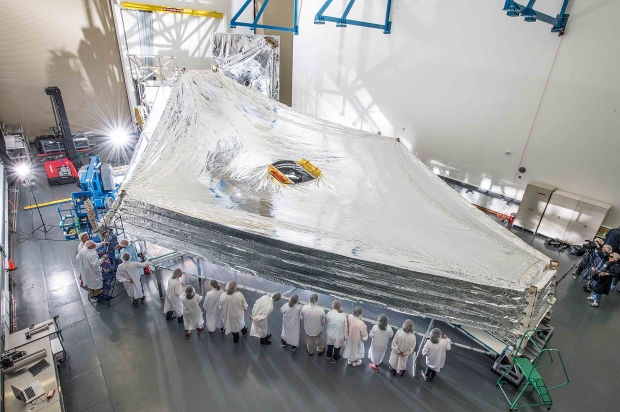 On December 28th, the first of two structures containing the JWST's sunshield was deployed. The Forward and Aft Unitized Pallet Structures are the two structures, which contain five folded sunshield membranes, cables, pulleys, and release mechanisms. The deployment of the forward pallet was completed at 1:21 p.m. EST (18:21 UTC), approximately four hours after it began.

The deployment required dozens of steps by the mission operations teams, with only one being the actual motor-driven movement to take the pallet from its stowed position to its deployed state. The event also marks the first time this structure has conducted this movement since its final deployment test at Northrop Grumman Space Park in Redondo Beach, California, in December 2020.

Next up is the deployment of the aft pallet structure, but NASA has built flexibility into the timeline for making the JWST operational due to the complexity of the mission.