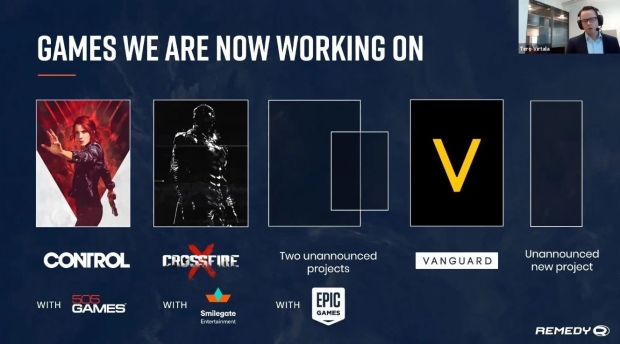 Remedy Entertainment has found a partner for its new online game (codenamed Vanguard), and it happens to be the biggest games titan on Earth. The deal is an interesting one: Remedy will handling development and publishing across worldwide markets outside of China, and Tencent will localize the game for Asian markets. Both companies will have their own independent budgets--which is great for Remedy, who wants to self-publish more games--and will also share revenues with one another.

What's interesting is that Tencent gained licensing rights to create a mobile game based on Vanguard. This means the IP is pretty big, and likely set in the shared Alan Wake-Control universe. Having such a high-profile games giant interested in a new wholly-owned franchise is something special.

Vanguard is being made in Unreal Engine, not Remedy's proprietary Northlight Engine, and will be released on consoles and PC. The project is still in proof-of-concept phases and won't be ready for release any time soon. As of May 2021, Remedy said that they had 25 developers working on Vanguard.