Remedy wants to be in full control over publishing and financing of certain projects, but company CEO Tero Virtala is careful to say it'll still pursue third-party deals. 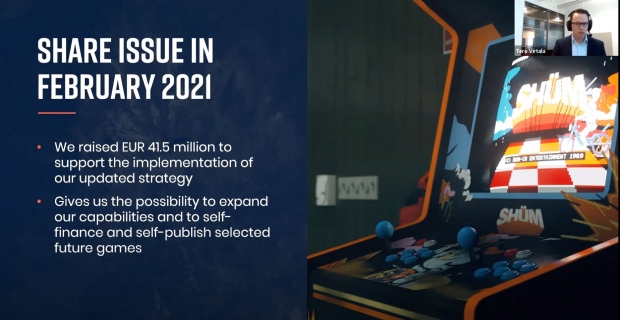 Like independent developers IO Interactive and Bungie, Remedy too has aspirations to self-publish its own games. In a recent earnings report, Remedy CEO Tero Virtala outlined a tentative plan for this endeavor.

Remedy plans to use portions of the 41.5 million Euros generated from its recent share offering to help fund new projects. Virtala was light on exact details and didn't say which of the companies new games would be self-published or self-financed, but he did say the company will carefully evaluate its options. Being in total control of financing, marketing, and publishing is very risky, and Remedy is intent on balancing these risks, therefore it's pursuing a varied business model.

Remedy has no plans to go all-in on self-publishing. The company will continue working with third-party partners and ink publishing deals similar to the ones it has signed with Microsoft (Alan Wake, Quantum Break), 505 Games (Control), and Epic Games (the 2 new games currently in development).

"The idea is to not only go towards self-publishing & self-financing. The idea is to find the optimal ways in how we can maximize...how we can create big games, keep the motivation of our people, and create the maximum long-term value for the company," Virtala said. 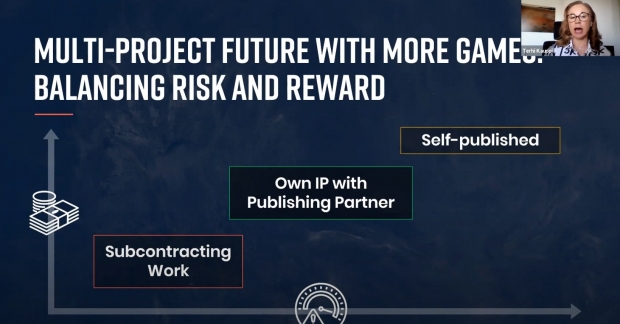 When asked in the Q&A session which games would be self-published and self-financed, Virtala didn't reveal anything. "We will keep our options open," he said.

Out of the five games Remedy is working on, only two of them are viable options for self-publishing. The rest are being published by other teams including Tencent, Microsoft, and Epic Games.

One is Remedy's new service-driven online co-op multiplayer game (Vanguard), but this is still in early phases of development and currently only has 25 developers working on the project.

The other candidate is a new AAA game that's in pre-production phases from the Control development team.