A new study has been accepted for publication in The Astrophysical Journal, exploring how black holes born during the Big Bang could make for an alternative model of the universe's growth. 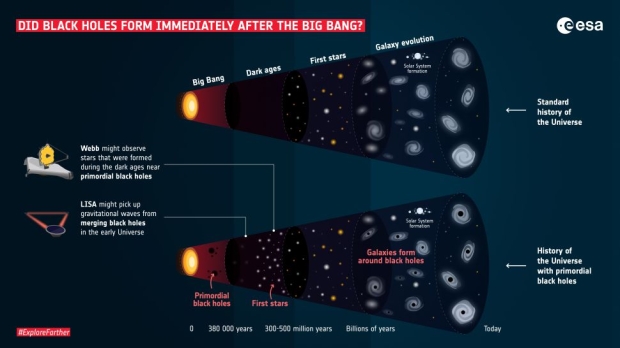 A team of researchers proposes that "primordial black holes" could be the answer to the origin of both supermassive black holes and dark matter. Black holes that formed immediately following the Big Bang could have begun merging in the early universe, forming progressively more massive black holes from its inception.

Data from ESA's Gaia suggests there may also be very small black holes, too small to have formed from dying stars. The team suggests these small primordial black holes could be dark matter itself. This model of the universe suggests black holes permeating its entirety, and the potential for stars and solar systems to form around these clumps of dark matter.

"Black holes of different sizes are still a mystery. We don't understand how supermassive black holes could have grown so huge in the relatively short time available since the universe existed," explains Gunther Hasinger of the European Space Agency (ESA).

LISA is a gravitational wave space observatory the ESA plans to launch in the future, which may be used to detect evidence of mergers of these primordial black holes. The soon-to-launch James Webb Space Telescope will be able to see back almost as far as the Big Bang, and will help to shed light on the formation of stars, potentially around these black holes. 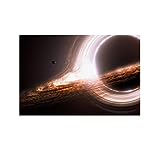