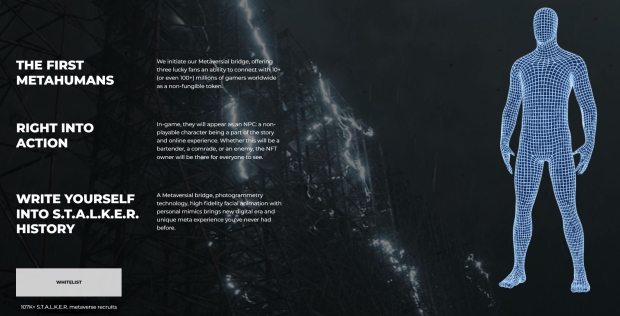 So how does this work? GSC will auction off digital STALKER 2 NFTs and cosmetic-only items on trade site DMarket (which sells thousands of CS:GO skins) so they can "own a piece" of the game (and of course sell it later). One of these auctions isn't just an item, but exclusive ownership of an NPC. You buy the NFT, get ownership, and GSC Game World will put your face on an in-game NPC, hence the "meta" aspect of it.

This is similar to how game developers will recreate NPCs based on real people to commemorate them in some way--Look at how Bethesda is adding Shirley Curry, aka Skyrim Grandma, into The Elder Scrolls VI for free.

So essentially you'll be buying the rights to an NPC in the game which will become you and express your likeness. You will have paid for this opportunity to attach your likeness to an in-game character, unlike mocap or performance actors who actually get paid for this sort of thing.

Check below for a copy of the press release:

S.T.A.L.K.E.R. 2: HEART OF CHERNOBYL the first AAA game to allow the community to own a piece of the action.

[Los Angeles, California, Dec 15, 2021] GSC Game World, AAA developer of the Cossacks and S.T.A.L.K.E.R. video game series, is announced the creation of S.T.A.L.K.E.R. 2 Metaverse, where players can truly own a piece of the game.

In partnership with Los Angeles-based DMarket, a platform for trading NFTs and technology for metaverse creation, GSC will use blockchain technology to let the community own a piece of S.T.A.L.K.E.R. 2. The rights to certain unique items will belong to players and it is the first time for the AAA video game.

"Considering the global trends in gaming, we can do more than just offer an immersive game experience. Our players can get a deeper presence in the game, and we will give them this opportunity by presenting the first AAA game with a unique meta experience."

Beginning in December 2021, users may register for item drops that will evolve into a new gaming feature built on top of S.T.A.L.K.E.R. 2. The first drop will take place via auction and is scheduled for January, 2022. As part of the drop series, the first-ever metahuman will be released and exposed to hundreds of millions of gamers worldwide. In-game, the metahuman will appear as an 'NPC', or a non-playable character. The face of the real owner will be recreated in the game by using photogrammetry technology, resulting in the highest possible level of realism.

The second drop will follow in February with the highly secretive genesis packs. The next drops will be announced on Twitter and Discord.

To add, any S.T.A.L.K.E.R. 2-related drops won't influence the gameplay itself or give in-game advantages over other players.

"Video game developers worldwide are expressing their intentions in using the blockchain and other beneficial technologies while GSC is already there. The company is adding a unique layer and bringing their game to a whole new level into the global Metaverse and Web 3.0 dimension. With the joint efforts of GSC and DMarket, S.T.A.L.K.E.R. 2 will become a game of the future and a game for the community."

In addition, all items can be traded on the dmarket.com platform, even before the official game release. 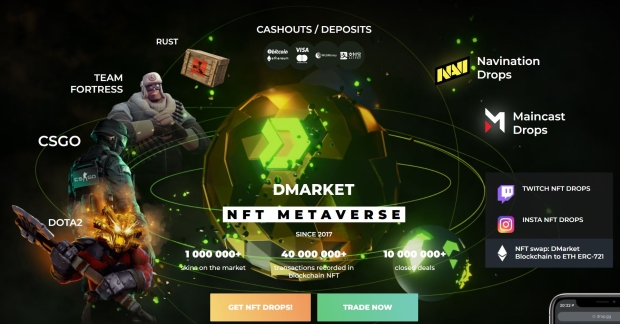