Since 1915 when Albert Einstein published his theory of general relativity, scientists have worked on testing its limits, and with the results of this 16-year test, it still holds up. 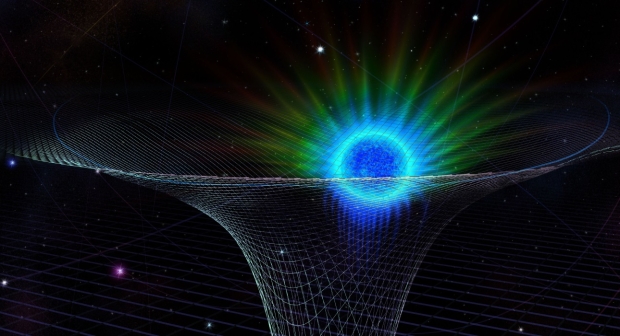 Professor Michael Kramer from the Max-Planck Institute for Radio Astronomy in Bonn, Germany, led an international team to complete this test, which included using Murriyang, Australia's radio telescope at CSIRO's Parkes Observatory. The theory of general relativity describes how gravity works at large scales across the universe, but it becomes unreliable at the atomic scale, where quantum mechanics are referred to instead.

"We needed to find ways of testing Einstein's theory at an intermediate scale to see if it still holds true. Fortunately, just the right cosmic laboratory, known as the 'double pulsar,' was found using the Parkes telescope in 2003. Our observations of the double pulsar over the past 16 years proved to be amazingly consistent with Einstein's general theory of relativity, within 99.99 percent to be precise," said Dr. Dick Manchester, a fellow at CSIRO.

Pulsars are rapidly rotating compact stars that emit radio waves and create powerful gravitational fields. The first pulsar rotates 45 times a second, while the second rotates only 2.8 times per second. The pulsars are predicted to collide 85 million years from now as they lose energy and slow down.

Using data from the Very Long Baseline Array, a global network of telescopes, the team could determine the double pulsar system was 2,400 light-years away, which needed to be factored into the general relativity tests. The researchers tested seven different predictions derived from Einstein's theory, all of which were confirmed, but researchers will continue to test the theory in the future.

"We'll be back in the future using new radio telescopes and new data analysis hoping to spot a weakness in general relativity that will lead us to an even better gravitational theory," said Adam Deller, Associate Professor from Swinburne University and the ARC Center of Excellence for Gravitational Waves (OzGrav).

You can read more from the team's study here.

The Theory of Everything