AMD launched its interesting 4700S Desktop Kit not too long ago, packing an Ariel SoC that was used inside of the semi-custom SoC that Sony used in its next-gen PlayStation 5 console. 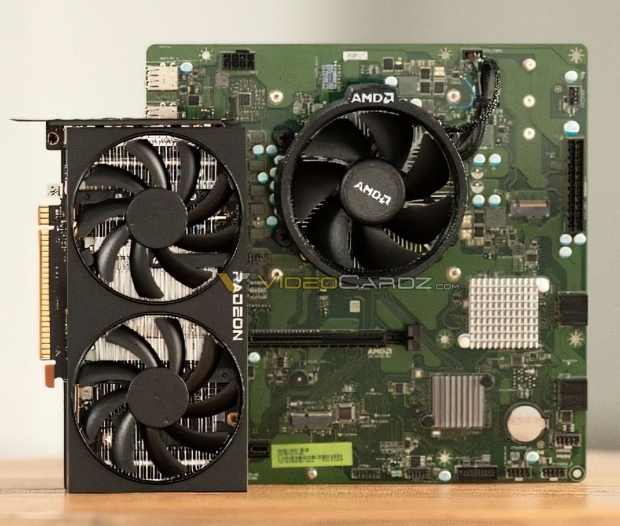 The AMD Ariel SoC is comprised of a Zen 2-based CPU and RDNA 2-based GPU, but now there's a new AMD 4800S Desktop Kit that has popped up and could use the beefier SoC that powers Microsoft's next-gen Xbox Series X console.

We should expect the new AMD 4800S to pack PCIe 4.0 support for a discrete GPU -- a big upgrade over the AMD 4700S which only had PCIe 2.0 support. AMD's 4700S supported entry-level and mid-range discrete GPUs, but the AMD 4800S will reportedly support the RDNA 2-based Radeon RX 6600 and is bundled with the AMD 4800S Desktop Kit.

AMD is also supporting AM4 CPU coolers on the 4800S, which just makes the deal even sweeter... they're getting awfully close to Intel NUC territory and I'm loving it. Keep it up, AMD. The new AMD 4800S Desktop Kit is reportedly launching in Q1 2022, and is being manufactured by MSI and will include a bundled PowerColor Radeon RX 6600 graphics card. There's no idea on pricing just yet.