Earlier this week, NASA announced that the launch of the James Webb Space Telescope (JWST) had to be delayed due to a "A sudden, unplanned release of a clamp band - which secures Webb to the launch vehicle adapter - caused a vibration throughout the observatory". NASA explained in its announcement that engineers were working on testing if the telescope was damaged, and now the agency has given an update.

"Engineering teams have completed additional testing confirming NASA's James Webb Space Telescope is ready for flight", writes NASA. The space agency explains that JWST underwent "additional testing" and that a "NASA-led anomaly review board concluded no observatory components were damaged in the incident." Additionally, the update states that NASA has given approval for the fueling of the observatory to begin. Fueling operations will begin on Thursday, November 25, and take about 10 days to complete. NASA is targeting December 22 for the launch of the JWST. 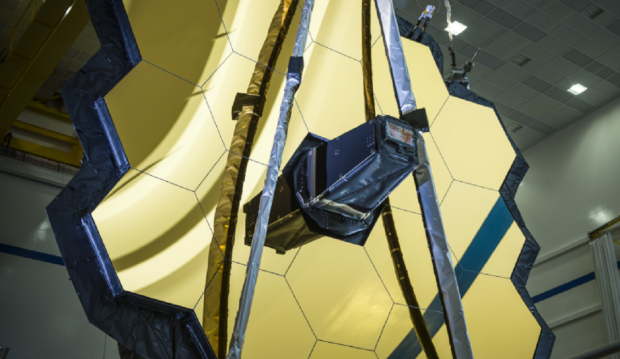