The Hubble Space Telescope has peered out into the void and snapped an image of a celestial prawn drifting throughout deep space.

Located around 6,000 light-years away, the Prawn Nebula (IC 4628) is a massive stellar nursery that's located within the constellation Scorpius. A stellar nursery is a molecular cloud that houses all the ingredients that will eventually form into stars. The Prawn Nebula is 250 light-years across and doesn't emit light in wavelengths the human eye can detect, but Hubble can see it quite clearly.

The pristine image snapped by Hubble showcases the nebulas structure of energized, or ionized gas caused by the radiation of a nearby star. The radiation from the nearby star strips the hydrogen atoms located within the nebula, energizing the electrons and changing them from a higher-energy state to a lower-energy state. If you are interested in reading more about this story, check out NASA's blog post on the Prawn Nebula here.

NASA explains, "The radiation from these massive stars strips electrons from the nebula's hydrogen atoms. As the energized electrons revert from their higher-energy state to a lower-energy state by recombining with hydrogen nuclei, they emit energy in the form of light, causing the nebula's gas to glow. In this image, red indicates the presence of ionized iron (Fe II) emission." 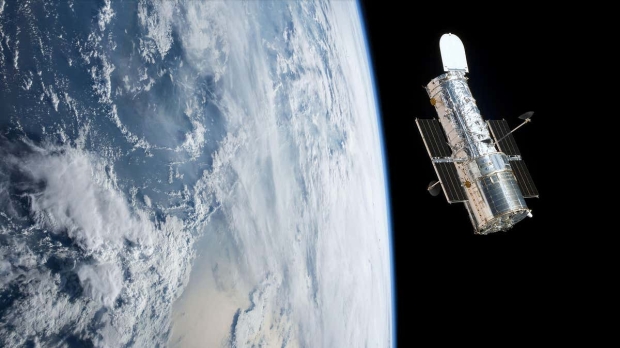