Russia decided it was going to test out of one of its anti-satellite weapons on one of its own satellites. The results have now sparked a debate.

Russia tested an anti-satellite missile on Monday, November 15, on a defunct satellite called Cosmos-1408, which, as you can probably imagine, resulted in an explosion and many new space debris created. Numberica Corp, a Colorado-based company that tracks space debris, has partnered with Slingshot Aerospace on Twitter to publish images and video of the debris caused by the destruction of Cosmos-1408.

Reports indicate that more than 1,500 new trackable space debris were found, with an unknown amount of debris too small to be tracked. The US Military, as well as NASA, have condemned the actions by Russia to test an anti-satellite weapon as they claim the space debris could pose a threat to astronauts living on the International Space Station (ISS). However, Russia has since defended its decision by saying that the resulting fragments do not pose any threat to space activities". 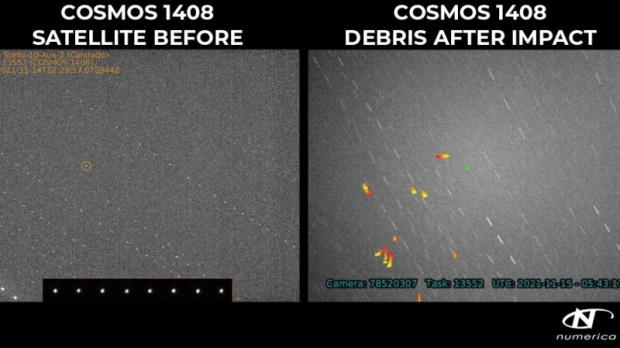