Astronomers and normal people alike have been wondering for quite some time if there really is a Planet Nine that has such a wide orbit that it takes 20,000 years to complete. 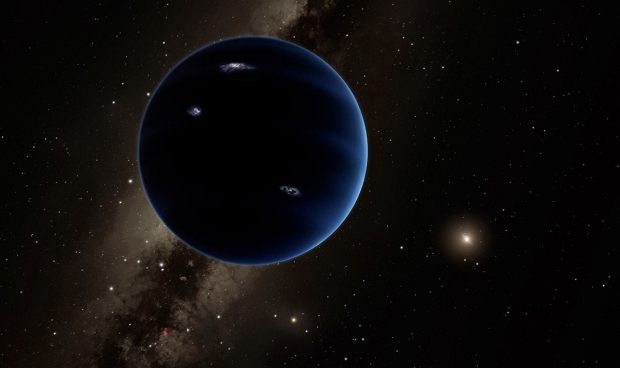 However, there is minimal evidence to suggest such a planet exists. But, one study from 2016 resurfaced the idea that Planet Nine may be real as researchers found that some celestial body was interacting with small objects outside of the Kuiper Belt, causing the orbits of these objects to be strange. These objects acted as if a large undiscovered object was influencing them through its gravity. However, the source of these anomalies has yet to be found.

Now, astronomer Michael Rowan-Robinson of Imperial College London in the UK has analyzed data obtained by the Infrared Astronomical Satellite (IRAS) in 1983. In Rowan-Robinson's pre-print paper, the astronomer says that he found a trio of point sources that may have been Planet Nine and suggests that this decade also information is retested with today's instruments. Additionally, Rowan-Robinson acknowledges that the probability of the candidate being real is quite low, but it's worthwhile to check.

Here's what Rowan-Robinson wrote, "Given the poor quality of the IRAS detections, at the very limit of the survey, and in a very difficult part of the sky for far infrared detections, the probability of the candidate being real is not overwhelming. However, given the great interest of the Planet 9 hypothesis, it would be worthwhile to check whether an object with the proposed parameters and in the region of sky proposed, is inconsistent with the planetary ephemerides."

"Dynamical studies are needed to check whether such an object is consistent with the ephemerides of other Solar System objects and whether this object can account for the clustering of the orbits of Kuiper belt dwarf planets," Rowan-Robinson writes.

"The IRAS detections are not of the highest quality but it would be worth searching at optical and near infrared wavelengths in an annulus of radius 2.5-4 deg centered on the 1983 position. This candidate could be ruled out if radio or other observations confirmed the reality (and stationarity) of the IRAS sources at the 1983 ... positions."