One gamer received an early copy of the new GTA trilogy and showed off the upgraded graphics in a live stream.

YouTuber okayjosh made history with the world's first gameplay of the new Vice City remaster in action. Up until today, Rockstar hadn't really show much gameplay of the new Grand Theft Auto: The Trilogy - The Definitive Edition (they released a comparison video that does a great job showing the upgrades though).

Now we get to see what the game looks like in the wild without any PR edits. It's just raw gameplay streamed directly from a PlayStation 4. The graphics are a significant step up from the original PS2 game, but also have a very cartoonish look and feel--even more so than what was previously shown off. Interestingly enough, Vice City has a number of graphics options that allow gamers to toggle bloom, motion blur, and depth of field. 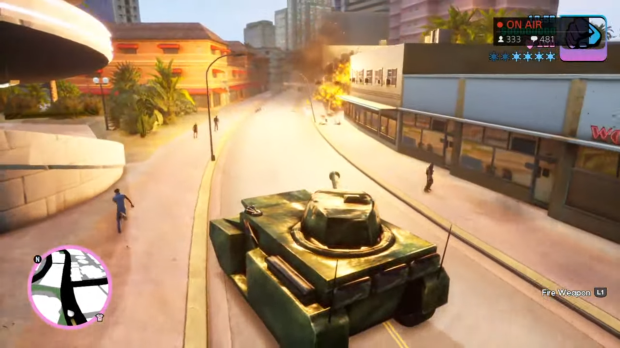