New details surface on Call of Duty 2022, which is rumored to be a sequel to the recent Modern Warfare reboot. 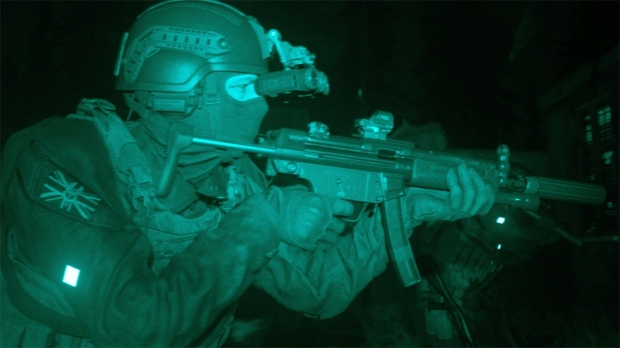 Next year's Call of Duty will reportedly be a continuation of Infinity Ward's recent Modern Warfare reboot, which delivered controversial situations with heavy impact. It looks like Modern Warfare II will push the violence and drama even farther.

Twitter user RalphValve got ahold of a development brief from Infinity Ward that reveals a bunch of new details. Modern Warfare II will reportedly feature a new morality system that dynamically affects in-game events, storylines, and situations (not unlike Mass Effect's Paragon and Renegade system).

The game also has a new Realism Mode that pushes things to the next level. The game is described as "gritty and unrelenting" with lots of gruesome gore and grim tone. The document clearly states "there are no winners in this story."

For example, death animations will be a lot more haunting this time. Enemies shot in the leg will scream, cry in pain, and even beg for their lives. Others who are mortally wounded will thrash about, gurgle if shot in the throat, etc. It looks like Infinity Ward is going above and beyond to make their war simulator look and feel authentic.

There's also realistic gore based around explosions, caliber of bullets, type of gunfire, etc. If an enemy gets blown up by a grenade they will lose body parts. If you shoot someone in the head with a sniper rifle they might also lose their head.

Player characters will react to situations; When afraid, they will tremble and shake and struggle to reload weapons. They'll also breathe more heavily when adrenaline kicks in. And yes, weapons will jam in the game--a perfect synergy with the PS5's Dualsense which can lock the triggers.

None of this information has been confirmed but multiple users have corroborated it. Neither Activsion nor Infinity Ward have announced Call of Duty Modern Warfare II.