Infinity Ward is currently hiring a bunch of developers for its next big Call of Duty game, and job listings confirm COD 2022 will have singleplayer and co-op modes. 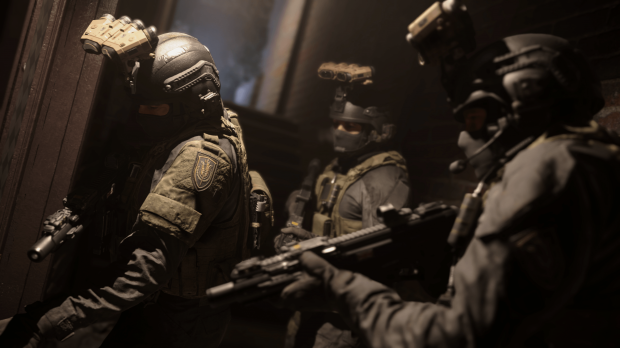 Unlike Battlefield 2042, which will ship without a campaign for the first time in years, the Call of Duty franchise will keep its signature three-part campaign, co-op, and multiplayer combo intact for next year's release. Recent job listings from Infinity Ward show that Call of Duty 2022 are very likely to have both story-driven parts to complement the frenetic live multiplayer.

Infinity Ward is currently hiring two roles that outright mention both modes: a singleplayer game designer and a level designer for singleplayer and co-operative play.

Here's more info on each position:

Infinity Ward is looking for an experienced Single-Player Gameplay Designer to work on the next installment of one of the best-selling and most critically acclaimed shooter franchises of all time. If you can handle lots of ownership and responsibility, and if you're interested in creating highly polished cinematic experiences that impactfully draw out emotion while retaining maximum player agency, we'd love to hear from you!

We are looking for a passionate and talented Level Designer to join Infinity Ward. In this hands-on role, you'll collaborate with experienced designers on creating and implementing new game features.

Infinity Ward is also hiring AI programmers to ensure the next Call of Duty has "best in class AI".

Activision has yet to announce this year's Call of Duty, the new WWII-based Vanguard form Sledgehammer Games, so don't expect to hear about Infinity Ward's new game any time soon.