Infinity Ward has opened a new studio branch in Austin, Texas to help development of its next AAA Call of Duty game, the company has announced. 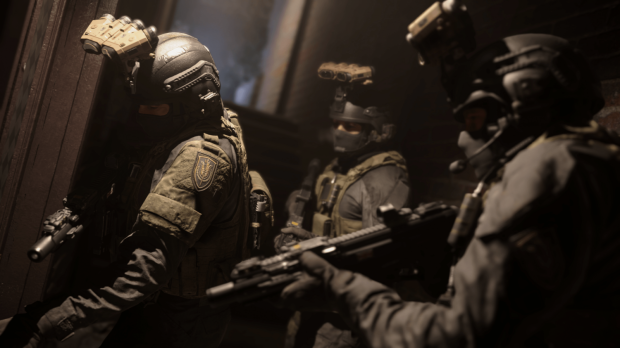 Call of Duty 2022's development is underway, and while Activision will enlist most of its studios to help the game's development, the project is being led by Infinity Ward. Rumor has it the next game will be titled Modern Warfare II and be a sequel to 2019's reboot of the Modern Warfare franchise. While Infinity Ward hasn't confirmed any details yet they are ramping up for something big and have opened a new studio branch in Texas to help with the game.

The Austin, Texas branch will join existing teams based in California, Poland, and Mexico. The studio is currently on a massive hiring spree and has 111 jobs available across its offices, however there's no listings available for the newly-opened Texas studio.

Most notable job listings have confirmed Modern Warfare II will use "cutting edge rendering and AI technologies," possibly leveraging the machine learning inference capabilities of both the PlayStation 5 and Xbox Series X/S consoles. Other job postings also mention that Call of Duty 2022 should have both campaign and co-operative modes.

Founded in 2002, Infinity Ward is the original studio behind the Call of Duty franchise. We are located in Woodland Hills, California, just outside of Los Angeles and have offices in Poland, Mexico and our newest in Austin, Texas. In creating one of the most memorable franchises in video game history, our fans are the center of everything we do. We believe that creating relationships with our community can result in some amazing bonds, inspire us to create, and help us push the Call of Duty franchise to new heights.

We are dedicated to delivering incredible experiences to our fans and sharing our passion along the way.