RIDE 4 dropped on the PC last year in October 2020, with the folks at Digital Dreams used Reshade Ray Tracing on top and the results are absolutely beautiful.

A video popped onto the internet last month that claimed to be the most realistic game on the PlayStation 5, but we now know what that was: RIDE 4, running on the PC, and was released a year ago. Digital Dreams has now got something even better: RIDE 4 running on the PC in the super-glorious 8K resolution at 60FPS with Reshade Ray Tracing, and man... does it look good.

RIDE 4 was running on an AMD Ryzen 9 3900X processor and ASUS TUF Gaming GeForce RTX 3090 graphics card, and at 8K 60FPS it truly does look amazing. It's not perfect: shadows on the bike and more are missing, but overall it does look fantastic.

What is funny is how the hype runs so hard, in that this isn't for the PS5 -- it's for the PC. It's not a new game, it's over a year old now. It's not proper built-in ray tracing. It looks great, but it's not some mind-blowing next-gen graphics that everyone is like "ZOMG THAT IS PS6 GRAFIX". 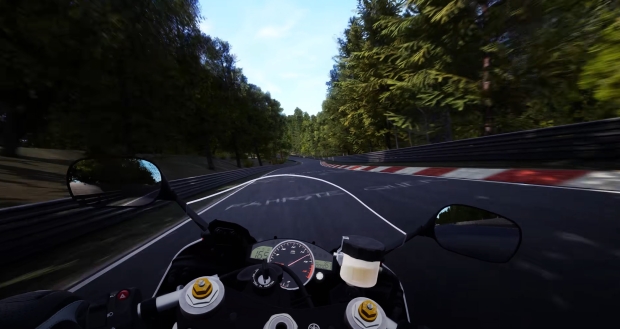