During the Facebook (now Meta) Connect keynote presentation, the company didn't have a lot to say about upcoming content. We got a hint at a new feature for Beat Saberthat would introduce a level progression system, and we found out that Population: One has more DLC just around the corner with a Winter event announced. But the thing that stood out most is the announcement that Grand Theft Auto is officially coming to Oculus Quest. 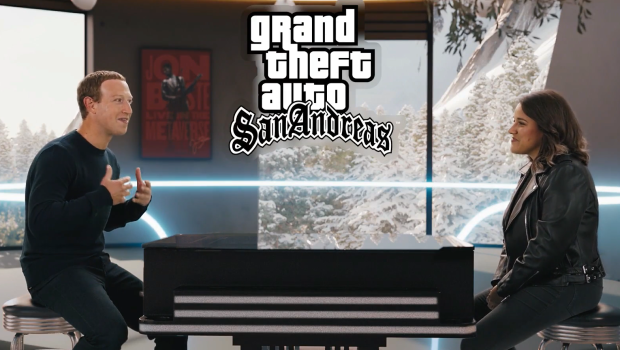 The details about the game are all but non-existent. However, we now have confirmation that Rockstar games are finally bringing its beloved franchise to the VR medium. There are no details about the release date yet, and we didn't get any screenshots or videos of the game in action, so it's probably going to be a while. Either way, this is an exciting development for VR content.

There are now and will soon be a good selection of VR headsets on the market. Great content exists, but it's few and far between, and there aren't many recognizable franchises in VR yet. Grand Theft Auto is one of the most popular games in history. If anything will attract newcomers to VR hardware, it's a title like Grand Theft Auto: San Andreas.

Years ago, Take-Two said it would support VR "aggressively and ambitiously," but the platform would need to be mainstream first. I guess Oculus Quest is becoming mainstream. I, for one, can't wait to outsmart the cops in the first VR police chase.