BigBox VR's highly anticipated virtual reality battle royale game, Population: One, is available today on all platforms except PlayStation VR. This could be one of the biggest VR games of the year. 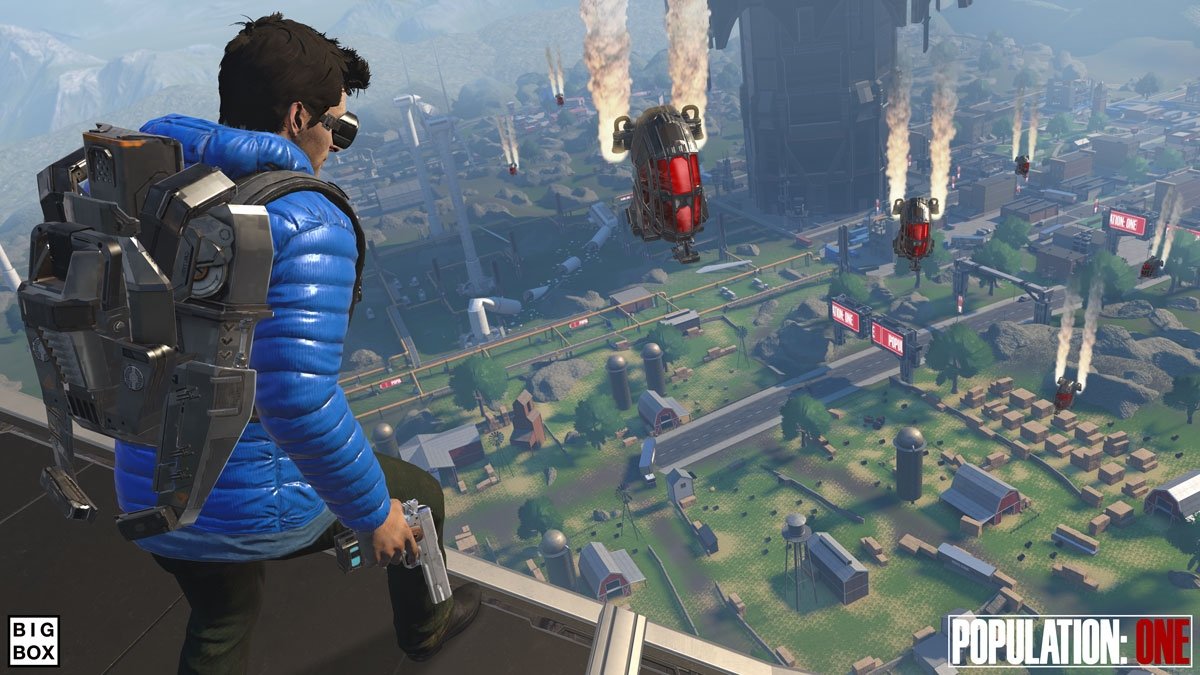 Population: One is a first-person battle royale game exclusively for virtual reality. The game features all the standard battle royale features, such as a bevy of weapons to scavenge, material resources that you need to collect, an open world to explore, and a map that grows smaller and smaller as time goes on. It even supports building structures like you can in Fortnite.

Population: One stands out from other battle royale games, aside from being a virtual reality game, because the combat primarily takes place in elevated positions. Population: One features BigBox VR's Vertical Combat System (VCS), which gives players the ability to reach the highest point of any structure on the map. If you can see it, you can get to it by climbing, flying, or building your way to it.

BigBox VR said that development on Population: One would continue after the launch with several free updates planned, including new game modes, features, and maps. BigBox VR also plans to hose in-game events to keep the community engaged. The launch-day version of the game features an 18-player squad-based event, with six 3-player teams fighting to be the last group standing.

"POPULATION: ONE lets players live out the fantasy of being a badass action hero in VR," said Gabe Brown, BigBox VR's CTO and co-founder. "The freedom to move anywhere in the world like you would in a sci-fi movie, the presence you feel playing with a friend, and the new content drops after launch are just a few reasons we think players will keep coming back for more."

Population: One is available now for $29.99 on the Oculus and SteamVR stores. The Oculus version is a cross-buy title, which means you get a license for Quest and Rift/Oculus Link with one purchase. The game is also available on Steam with support for HTC Vive, Windows MR and Valve Index. And it's crossplay compatible, which means the servers host players with all headsets together.