Officials are currently tracking a "monster" cyclone that is expected to bring heavy rainfall to certain areas across the United States.

Reports indicate that this "bomb cyclone" is expected to bring heavy rainfall and snow across the West Coast over the weekend. It's expected that this series of storms could bring as much as a foot of rainfall as well as up to three feet of snow in Sierra Nevada. Additionally, the storms have been supercharged by an atmospheric river pattern, which could lead to flash flooding and the spreading of debris from regions that have been subjected to wildfires.

According to Marty Ralph, director of the Center for Western Weather and Water Extremes at UC San Diego, "An atmospheric river marked as a category 4 or a 5 is capable of producing remarkable rainfall totals over three or more days, likely to exceed 10-15% of a typical year's precipitation in some locations." As for the categorization of a "bomb cyclone", the National Ocean Service explains that the name comes from meteorologists who observe a "midlatitude cyclone rapidly intensifies, dropping at least 24 millibars [atmospheric pressure] over 24 hours." Typically, a range in millibar change is around 10 to 15 in 24 hours. 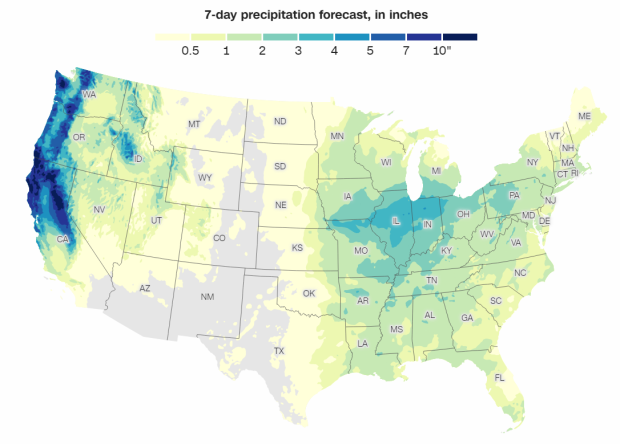 AccuWeather forecaster Paul Pastelok said, "The pattern unfolding this week to next week may be one of the biggest series of storms for the rainy season for California, but there is still potential for a couple of bigger storms over the winter." 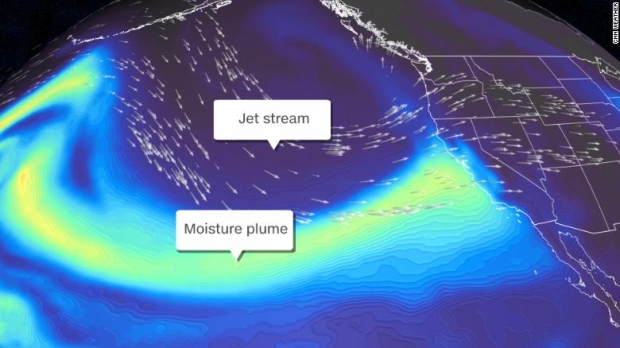 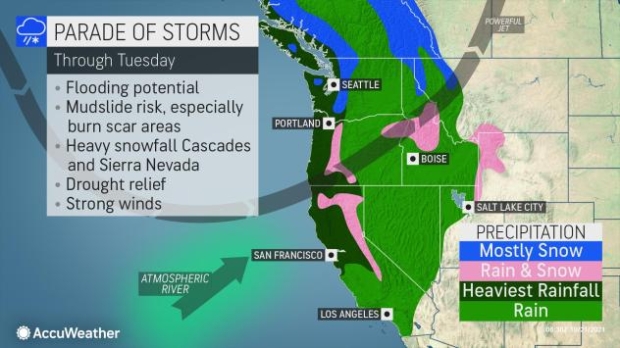