A group of researchers has proposed a new method of planetary defense that would explode a potentially life-threatening asteroid that was on track to impact Earth. 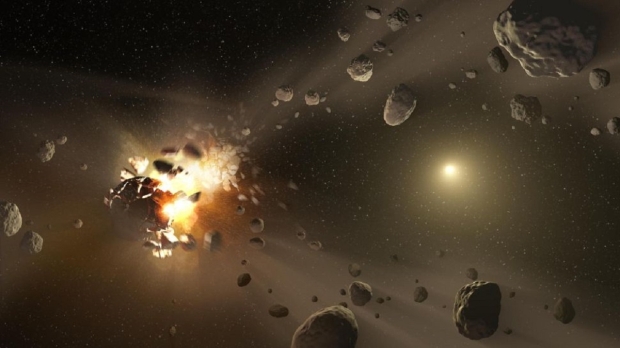 The technical paper has been published in the journal Advances in Space Research on the University of California, Santa Barbara (UCSB) Experimental Cosmology Group website and details what are described as "penetrator rods". These rods would be launched on the back of the rocket and directed straight for the asteroid that was on its way towards Earth.

The rods are between 6 and 10 feet long and equipped with explosives that could potentially be nuclear. The idea behind this strategy is that the rods would enter the asteroid surface and explode, which would cause the asteroid to shatter into small pieces. The researchers state in the paper that the damage caused by the smaller pieces of the asteroid wouldn't even be close to the amount of damage a larger asteroid would do. 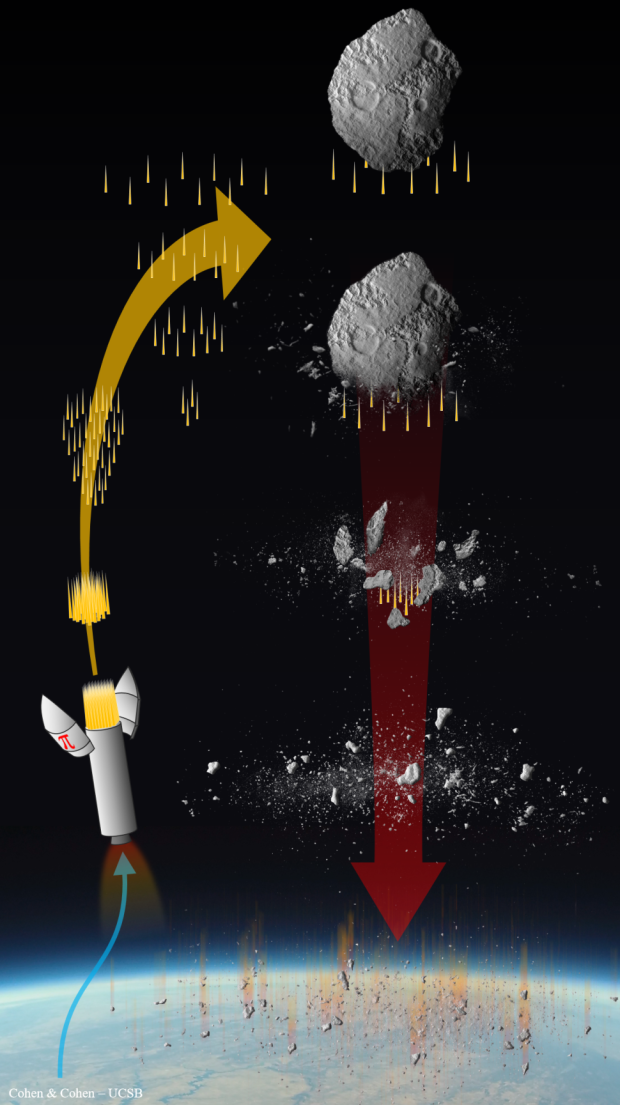 Philip Lubin and Alexander Cohen, both physicists at UCSB, wrote in a recent editorial for Scientific American that used a nice analogy that is easy to understand, "a 500-kilogram [1,100-pound] grand piano being dropped on your head from a height of one kilometer... [or] 500 kilograms of foam balls dropped on you from the same height."

Adding, "An impactor the size of the 20-meter-wide space rock that broke up over Chelyabinsk, Russia... could be intercepted a mere 100 seconds prior to impact."

The team added that if an asteroid that was 1,200 feet in diameter was on track to hit Earth, it could "be dealt with 10 days prior to striking".