A volcano on one of Spain's islands is spewing rivers of lava out in all directions. Shocking footage has captured the lava coating the surface of the island. 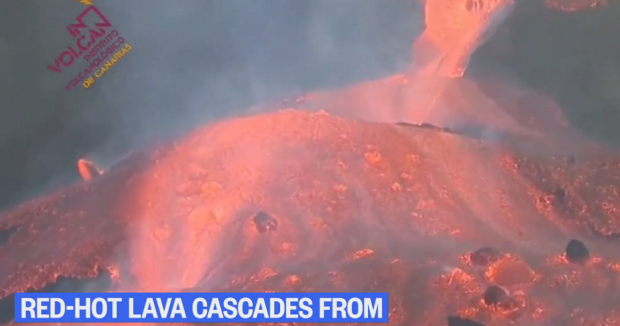 The volcano is Spain's Cumbre Vieja volcano located on La Palma island. The volcano began erupting on September 19 and has continued erupting for four weeks. NBC News reports that authorities expect the lava flow to advance northwest beyond the designated evacuation zone. Authorities have stated that the temperature of the lava can reach up to 2,264 degrees Fahrenheit and that there is nothing that can be done to stop it.

Residents in the area have evacuated the affected area, but the lava is moving very quickly, covering between 1,640 to 2,300 feet per hour. So far, the eruption and the rivers of lava have destroyed more than 1,186 buildings in the area and have covered around two square miles of land. Many videos of the rivers of lava have been captured by the press, researchers, and residents in the area. If you are interested in watching a video for yourself, check out this link here. 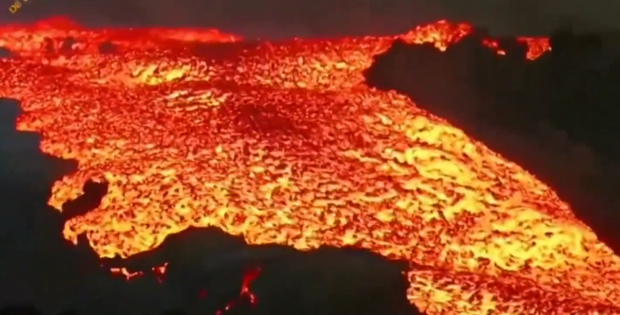