Since late September, the La Palma volcano has been erupting and judging by reports, the rivers of lava don't seem to be slowing down anytime soon.

The eruption began on September 19, and since then, lava has been spewing out of the volcano, causing residents in the area to evacuate. The temperature of the lava is up to 2,264 degrees Fahrenheit and is destroying everything in its path. At the moment, officials are saying that the lava is moving at 1,640 feet to 2,300 feet per hour, and so far, it has destroyed more than 1,186 buildings in the area - covering nearly two square miles of land.

On Sunday, the northern region of the conical crater collapsed, causing new lava streams to form downhill towards the ocean. The volcanic company Involcan posted a video of the lava moving through the industrial park on October 10. The video shows a beautiful yet haunting example of how the lava is moving through parts of the island, destroying everything in its path. If you are interested in reading more about the La Palma volcano eruption, check out the links below. 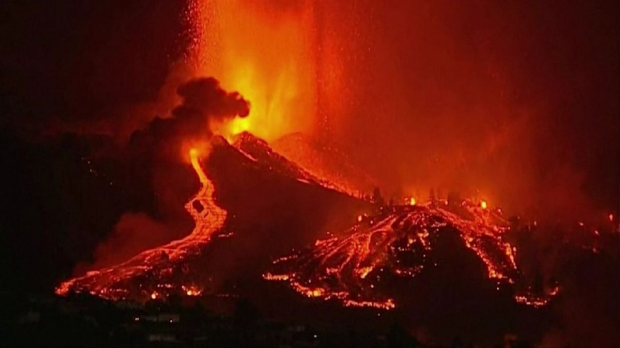