UPDATE: D2R servers are back up in the Americas, but there was a server rollback of up to 40 minutes. Gamers are reporting the loss of items, level ups, and overall progress.

It's not just you: No one can connect to Diablo 2 Resurrectect's servers right now. 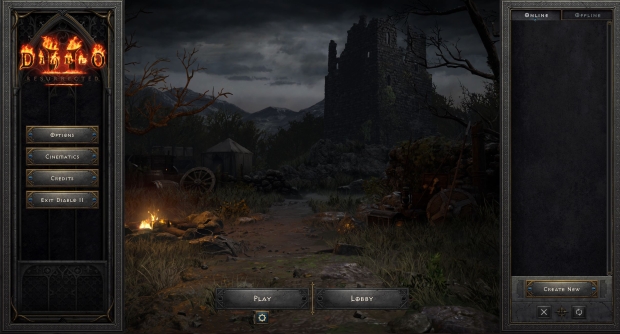 D2R gamers got a shock when trying to log into their accounts via Battle.net today. It appeared as if their characters had been wiped from the servers, but the reality is that Blizzard has taken Diablo 2 Resurrected's servers down for emergency maintenance. The servers have been down for more than an hour from the time of publication, and Blizzard hasn't clarified exactly what has happened.

"We will be performing emergency maintenance and the game will be unavailable during this time," reads a pop-up on the Battle.net launcher.

Gamers are fervently hoping that Blizzard doesn't roll back servers to a specific time state. This could be disastrous for anyone who made runewords or found amazing items in the affected timeframe. In the past, Blizzard has been known to cause significant annoyance with server roll backs, but such is the nature of an online-driven game.

Singleplayer gamers are predictably unaffected by the server disruptions and can continue playing as if nothing happened.