One of the Soviet Union's earliest spacecraft may be traded for a specific human skull if a bargain is struck with a Kazakh businessman.

In 1988 the Soviet Union constructed the first Buran-class space shuttle, which was later superseded by the second Buran-class shuttle named Burya. The Burya shuttle, despite being a piece of Soviet Union space history, is now a bartering piece for Kazakh businessman Dauren Musa who claims he owns the shuttle. The Burya shuttle is in storage at a warehouse at Baikonur, and in early 2021, reports came out about it being covered in graffiti.

In a report from RT, Musa says he is willing to exchange the Burya shuttle for a specific human skull, the skull of the last Kazakh Khan, Kenesary Kasymov, who led a rebellion in an effort to separate Kazakhstan from Russia. So far, reports indicate that there is no known evidence for how Musa obtained the shuttle, or even where Kenesary Kasymov's skull is. Ars Technica translated a sentence from Musa, who said, "It is not water that flows in our veins, but blood, and it has the scent of wormwood." 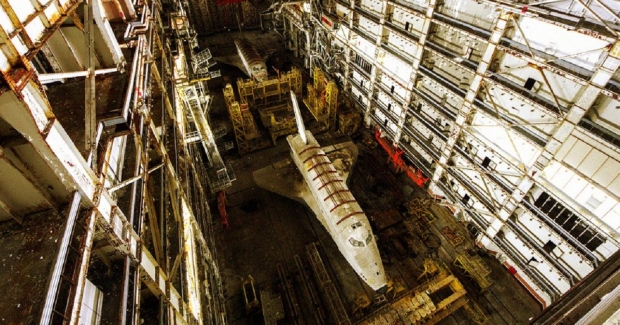