The team aboard the International Space Station will soon be welcoming three new crew members, a director, a cosmonaut, and an actor. 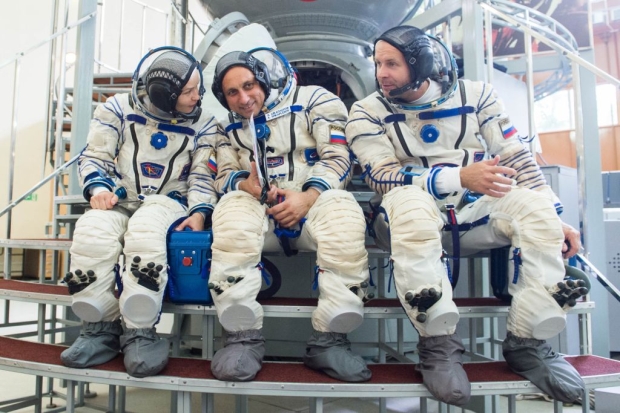 The three new crew members will be taking off from the Baikonur Cosmodrome in Kazakhstan at 4:55 a.m. EDT (0855 GMT or 6:55 p.m. local time) and will be venturing to the ISS to shoot the very first movie scenes in space. The three crew members are Russian cosmonaut and multi-spaceflight veteran Anton Shkaplerov, film director Klim Shipenko, and actor Yulia Peresild.

The crew of three is going to the ISS to shoot scenes for a character in the movie The Challenge. The movie follows a doctor that has to go to the ISS to assist a cosmonaut that is in need of medical attention. The New York Times reports that Russia is trying to secure first place for the first movie shot in space and has even moved its launch schedule around to fast-track the launch ahead of SpaceX and NASA's plans to support a Tom Cruise action movie being shot in space.

If you are interested in checking out the launch, it will be livestreamed on NASA's social media channels.