Hurricane Sam has been officially categorized as a Category 4 storm that has winds topping 150 mph. Will it reach land?

Storms are highly unpredictable and can change direction and speed at any given moment. However, that doesn't mean approximate forecasts can't be done. A meteorologist from AccuWeather, Bernie Rayno, said that a due west path for Hurricane Sam isn't very like, "But if that jet stream dip sets up farther west or meanders westward, then there is room for Sam to get very close to the U.S. next weekend."

Due to how large Sam is, meteorologists are still dropping warnings for a possible rise in ocean levels along the Atlantic coast from central Florida to Maine, as well as dangerous surf and rip currents. Officials expect that the aforementioned effects of Sam being east of the U.S. will begin along the southern U.S. coast this week as the storm continues on its path north over the weekend, where those same effects will occur in surrounding locations.

For more information on this story, check out this linkhere. 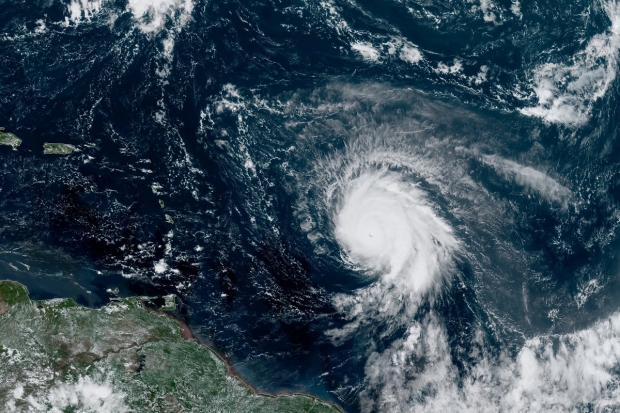