Is Respawn working on Titanfall 3, or a new Titanfall game? It's complicated. 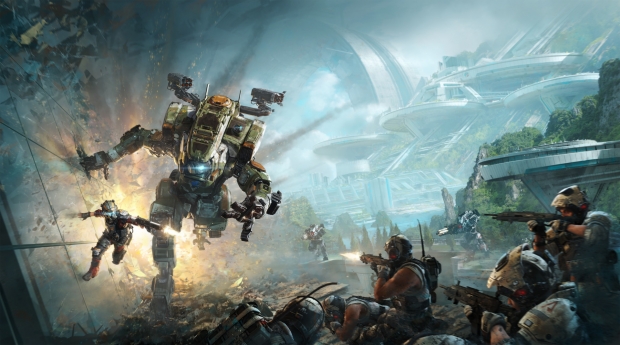 Respawn has clarified multiple times that it's not making Titanfall 3 right now, and community dev Jason Garza also said this days ago: "Don't get your hopes up, man. I've said this before. We don't have anything in the works. There's nothing. We've got too many other games in the works right now."

This led everyone to believe Titanfall was on ice, similar to how Deus Ex is in cryosleep at Square Enix. Respawn has stepped in to remind everyone that Titanfall isn't gone and forgotten.

"Contrary to what some folks are reporting, Titanfall is the very core of our DNA. Who knows what the future holds," the devs said.

There's a bit to unpack here. Respawn is definitely one of EA's biggest stars right now. Apex Legends is about to earn $2 billion in two years and there's tons of new content in the works.

Meanwhile, Respawn's other teams are working on multiple projects. Jedi: Fallen Order 2 has been in development as early as 2019, and there's another mysterious game in early phases of development. It's possible that this new game is also a Star Wars title and that Respawn is working on two Star Wars games at the same time.

Respawn is also working on a new IP and has multiple job listings for its New Game Incubation Team as well as its Singleplayer Incubation Team. The latter may belong to the same group.

Let's also not forget that Titanfall 3 was spotted on the massive GeForce Now games leak.

Considering Respawn is so big, EA will give it lots of headway and freedom to coordinate and plan out new games. It'll be interesting to see what happens with the franchise...but don't expect anything any time soon.