Officials have warned that Tropical Storm Sam formed on Thursday in the Atlantic Ocean and has now become the 18th named system of the season. 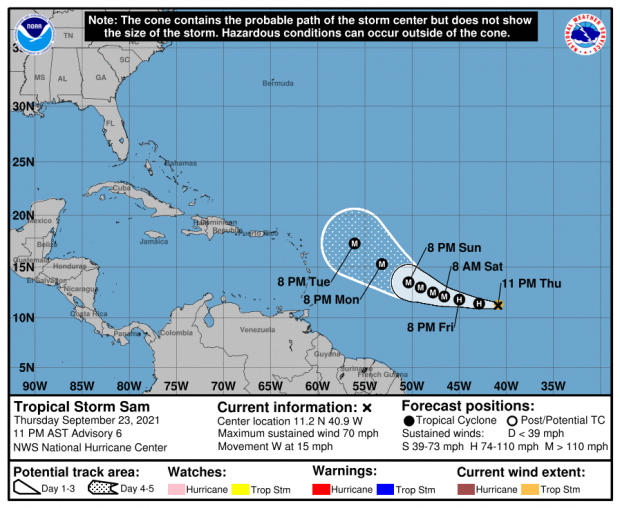 According to reports and official warnings from the National Hurricane Center, Tropical Storm Sam is strengthening 1,560 miles east-southeast of the northern Leeward Islands and is currently moving west at around 15 mph. Officials are warning that Tropical Storm Sam could gain enough strength over the weekend to have wind speed greater than 110 mph, categorizing it as a major hurricane.

The National Hurricane Center said, "Sam is rapidly intensifying, and maximum sustained winds have increased." Adding, "Rapid intensification is forecast to continue through early Saturday. Sam is likely to become a hurricane very soon and then could be a major hurricane by Friday night or early Saturday." At the moment, it's unclear whether Sam will reach landfall, but officials have said that residents located in Bermuda, the Bahamas, and the US East Coast to remain alert about the situation. 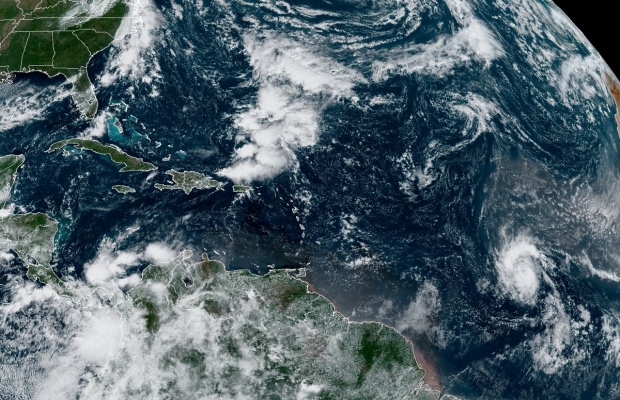